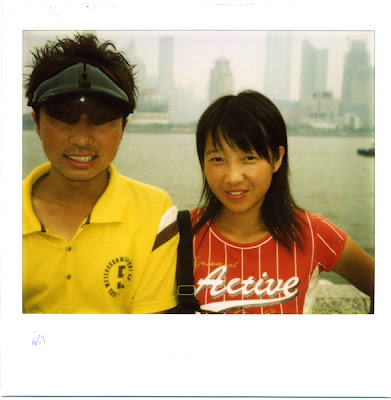 Welcome to Shanghai. I loved hearing that. I am full of images from old books and movies. Shanghai was the Paris of the East. It was the place to which the Russian royalty fled after the revolution. The French and the Germans and the Americans came there to trade. It was a place of last chances for those who had failed elsewhere. The Bund is all that is left of that, a few old colonial buildings. Shanghai, like the rest of the cities we visited, is a growing, unsentimental city that looks totally modern. As I walked along the harbor, I was confronted by kids who said they were art students at the University in Xi'an. They asked me where I was from. If you read the guidebooks, you would be warned to stay away from such conversations. Many of the kids on our trip had and believed that these were no students and that they were dangerous. Our guide had told us so. We might be Shanghaied. They did not seem a dangerous bunch to me. I took a lot of Polaroids and got a lot of email addresses. They were nice kids and didn't try to cheat me out of my Leica.

Shanghai was more modern than either Bejing or Xi'an, more upscale. That is not to say that the others didn’t have McDonalds and Kentucky Fried Chicken and Pizza Hut. But there was a more obvious international flair in Shaghai. Here is the girl who sold me my first Starbuck’s coffee. 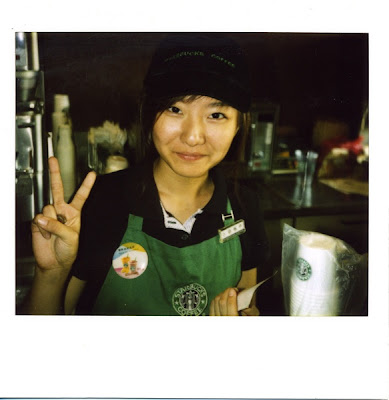 Japanese fashion had an influence in Shanghai that I did not notice elsewhere, though that does not mean it wasn’t there. I could have simply been in all the wrong places to find it. Here are two Chinese Lolitas. 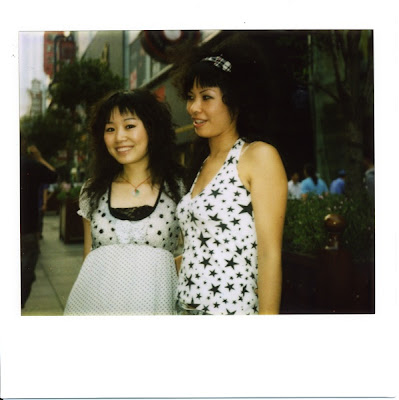 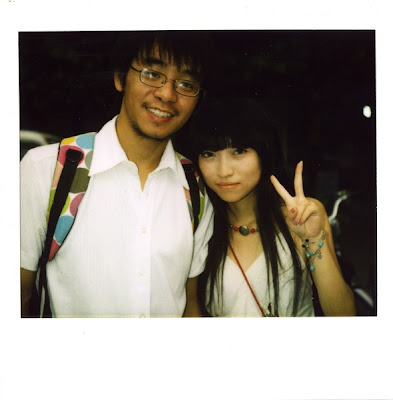 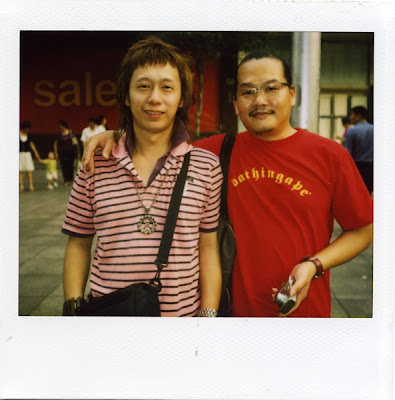 Outside a restaurant, I came across a group of waitresses in training. They were being instructed on how to stand and present. I asked them if they would pose for a group shot, thinking that the head waitress would tell me to bugger off, but to my great surprise. . . . 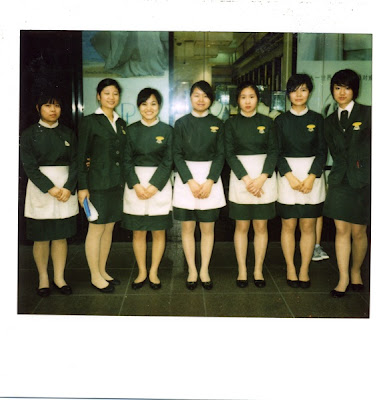 The Chinese government began limiting the number of children a family can have some time ago. That policy is becoming more liberal, but it is still difficult for poor or even middle-class families to afford more than one child. As a result, our Shanghai guide informed us, there is an only child syndrome in China. Children who have been very spoiled by parents and grandparents have grown to think of themselves as very special, and they have had trouble dealing with the competition they face in adult life. Some malady. But it was weird to think that of the hundreds of thousands of children I came across on my trip, I was never looking at siblings. 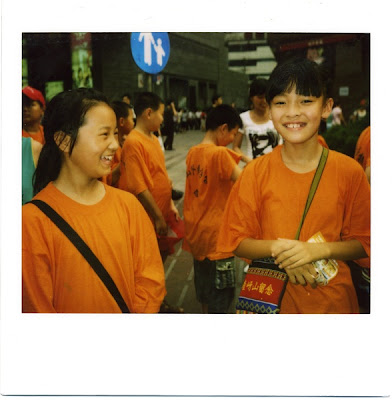 I got sick of walking around the American style outdoor mall that was full of American style Chinese shoppers, so I ran down some side streets until I was not very sure I could get back where I would need to be to meet the tour group. Here was the familiar “drip, drip, drip” of wet clothes hung between buildings in narrow alleyways to dry. Here were the repair shops and hair salons, the hardware stores and neighborhood grocery stores of everyday life. I smiled at a family—mother, father, and son—and took some my last Polaroids. 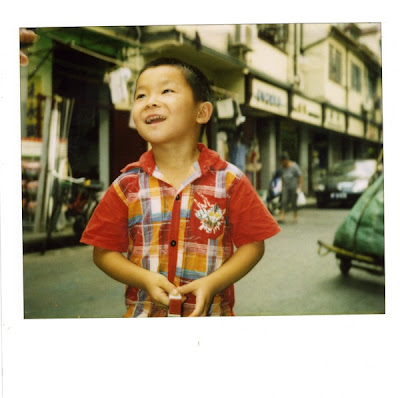 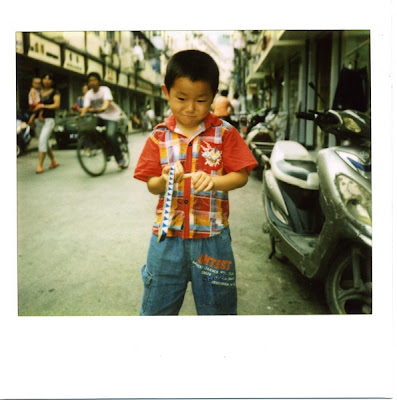