"Wee Pea" And the Natural Order

"The discourse on what is considered 'unusual' and 'extraordinary' has long been recognized by anthropologists as an important clue for understanding society's main cultural assumptions and classifications. . . . In this context, attitudes toward human freaks--those abnormal in form, such as a three legged person, or in size, such as giants and midgets--and the beliefs concerning their coming into existence, make an interesting case." 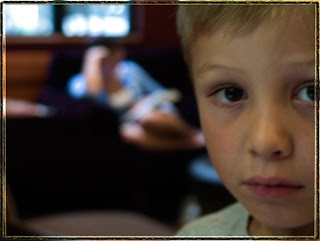 When I was very young (say four or five), my parents took me to the circus.  It was one of the old three ring tent circuses, not the thing that they call a circus today that goes on in Amway Centers across the country.  We were very rural, living in a part of the country where most people were related and had out houses, as did we, and going to the circus was the highlight of the year.  I remember this circus very clearly, at least I have clear images, though surely they cannot be accurate.  But they seem incredibly true.  I remember the smell of the canvas and the strange sound of pipe organ music and the crowd of people (pants and legs, of course--I was small) and the enticement of "circus food", cardboard boxes of popcorn and cones of shiny blue and pink cotton candy.  My mind raced, overtaxed, saturated.  I wanted a souvenir, not that I thought of it as a souvenir, a metal airplane attached to a stick by a string.  Of course, my parents bought me a little pair of binoculars instead.
We sat in a low wooden bleacher about three quarters of the way to the top, and when the show began, I remember going to a lower row to get a better view.  All those deep reds and oranges and yellows were surely enhanced by whatever lights were used in that tent.  I remember putting the binoculars to my eyes and looking around the ring, scanning left to right, right to left, when suddenly a very large head filled the lenses, a hideous thing, white and blue and misshapen, and to its eyes it brought two tiny hands pretending to hold binoculars, the little fingers of each hand bobbing up and down, up and down, the mouth rounded in sarcastic surprise.  I can still feel in my chest the terrified scream that burst from my throat and lungs, can still feel the wrongness of the thing I had just witnessed, the terribleness of it.  First there was, of course, paralysis, and then the mania.  And when I had flung the binoculars away, there stood a little fellow no bigger than I.  Well, bigger, but not taller.  He was dressed in a pastel blue suit with big cotton ball buttons, a short, pointed blue hat with a cotton ball on top, and big blue shoes and in all that red light-- it was just horrible.

When my parents would tell the story as I was growing up, they would laugh until they talked about the poor dwarf clown who was mortified, they said, at my reaction.  I don't remember any of that, but I picture him in my mind's eye standing there embarrassed, grown more freakish by the act, a horrifying man, a dwarf, a terrorizer of children, afraid of some public outcry, perhaps fearing a brutal public beating, imprisonment.  Surely there was something in his past that he wanted to hide.
For years, I was terrified by midgets, dwarfs, and clowns.  But this is only the beginning of this story.  There is so much more to tell.

"Changed concepts of nature and human freaks also evolved in the sphere of popular culture. Freaks were still popular in the 19th century fair, exhibited as nature's wonders, 'Real,' 'All Alive!' curiosities. They gradually became marginal, however, with the introduction of mechanized games and rides. . . . It was out of the dwindling fairground that the traveling circus developed in the first quarter of the 19th century. . . ."