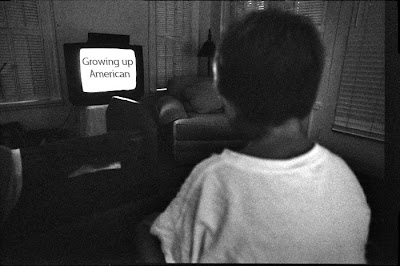 I was seventeen and it was the last night of The County Fair. I was at my friend's house, a ten by fifty-five foot mobile home in one of those old southern parks where people brought brought there own trailers and rented the site. There was every sort of trailer you could ever want to see there on the banks of a giant lake. My friend lived with his mother, step-father, and little brother and sister. It is a miracle they managed. The step-father worked in a bottling plant that would close from time to time, so he would collect his unemployment checks and live a life of leisure until he got the call to come back to work. But once in a while, when the opportunity arose, he would take some temporary job that paid him under the table. And this night, he had an idea. It was late and the fair would be closing soon, and he said we could go and hire on to help break down the rides. How did he know such things, I wondered? What sort of life had he lived?

We entered the fair in the usual way, and I was amazed when my friend's step-father jumped over the hurricane fence with us. My own father, I thought, would surely never do such a thing. Already, I was out of my usual realm of experience. We walked down the midway that was for all purposes now closed. The fair was over, the crowds gone, and there we stood in the murky light, the din receding, the rides stilled, the glitter gone. The step-father told us to wait while he went over to talk to a man, and when he came back and said, "C'mon, we're gonna help tear down the Zipper." I had no idea what I was doing. The only work I had ever done up to this point in my life was mowing my parent's lawn and serving a brief stint as a magazine salesman when I was fourteen. What was I doing? I didn't need the money. But stiffly I moved to follow with frozen joints and stiff muscles, my peripheral vision strangely gone. I could feel rigor mortis setting in.

We joined a group of hard looking shadowy men and made our way under a the giant steel skeleton of the ride. Men with big wrenches and hammers began loosening bolts and it was our job to move the metal parts onto a truck. I wasn't very good at this, and I am certain I did little. I had just noticed that a man with a leather flight jacket had a small holster strapped to his side like I'd seen in detective show when a nearby voice said, "You'd better move." I looked up just in time to avoid a hammer that was dropping toward me. As I stepped aside, I saw two men high above on the steel skeleton of the ride laughing to one another. The hammer hit the sawdust with a dull but forceful thud. Rattled, I moved away. I wanted nothing to do with this, I thought. I shouldn't be here. And I hurried over to a clearing where there would be nothing over my head.

As I stood there contemplating the strangeness of things, stood there watching the mystery stripped away before my eyes, I heard some talking and laughter behind me. And when I turned, there in the midway was a group of people playing ball. Among them were the sideshow oddities--The Siamese Twins, The World's Tallest Man, The Alligator Woman--some of them playing, some of them observing. The ground seemed to shift beneath my feet. I tried to figure out the rules of the game, but these didn't seem to be fixed. It was some sort of dodge ball, kick ball, hide and go seek. The Siamese Twins, boys joined at the waist, sat eating popsicles. One wore big, black horn rimmed glasses. When his brother had finished his, licking the last bit of frozen, sugary water from the stick , he leaned back, bent it, and popped him with a tiny, stinging smack. And then they were fighting, swinging at one another, fending off each other's blows with nowhere to go, joined as they were. I watched World's Largest Man rise on oversized arthritic joints, a giant with obvious physical ailments. This was their time. With the crowds gone, there were only my prying eyes.

I don't know how long I stood there, but it seemed only an instant before my friend and his step-father stood beside me with a handful of bills. "Let's go," he said. "They don't need us any more."

And so we left by the entrance, the way we hadn't come, and walked through the late night chill. I could feel the dew begin to settle. I didn't go back for many years.
Posted by cafe selavy at 10:49 AM