Peru: The Sacred and the Profane (Pt. 6) 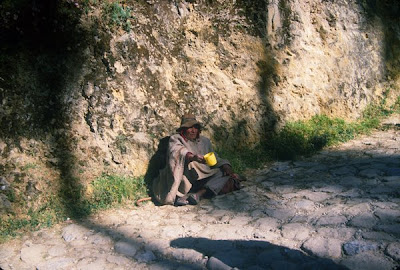 The road to Sacsayhuamain began on the square and went up what would become known to me as “Piss Alley.” These alley-like streets were filled with people and the smell of excrement. A small drainage rut ran down the middle. All along the way, men and woman squatted beside walls and relieved themselves so that we had to be careful where we stepped. Villagers whose lives were lived in huts without electricity or running water, in huts as their ancestors had lived for thousands of years, where they sustatined themselves raising sheep and llama and growing corn and potatoes, did not stay in hotels. In close quarters, you could smell the dampness of their wool clothing. Wool hats, wool serapes. The money from the restaurant had the smell. I would come to love that smell, the people. 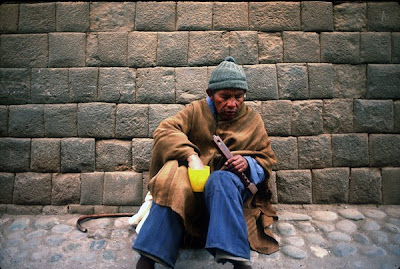 Brando was right about the festival. It wasn’t much if you were not a believer, if you were attending only to watch a spectacle. There were bleachers set up for tourists and dignitaries, I guess, with a pricetag attached. I sat on a crowded grassy knoll for awhile watching the festivities, but it was not that about which I was thinking. Of course. The Sacred and the Profane. I couldn’t wait to get back to town. 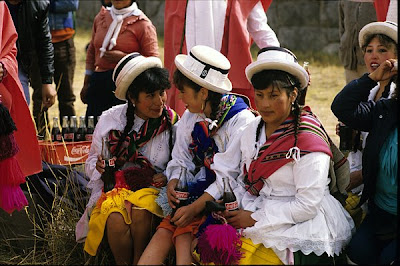