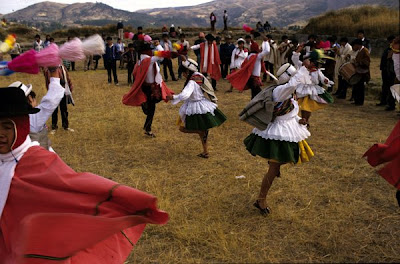 I wanted to stay for the killing of the llama by the High Priest, but I was too far away to see much. The people around me said that the Priest didn’t actually kill the llama any more. They had put a stop to that. Now it was all simulated. Smaller towns all around the country, though, were celebrating Inti Rami as well, and in many of them the celebration was more authentic. In some remote mountain towns, they said, things could get dangerous. 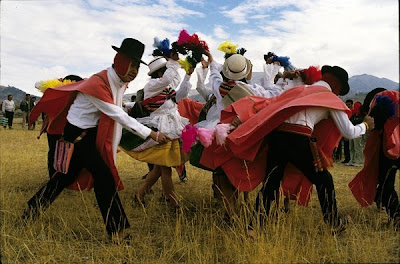 I was done. Simulated sacrifices and reenactments. I might as well go to mass.

Walking back to town, I chatted as best I could with strangers, smiling, gesturing. All the antiquities were new to me, the deep ultra-violet of the sky, the warm sun and the cool air. I was happy.

I waited outside the Piccolo, nervous, uncertain. Surely she would not come, I told myself. And apocrophally, just as I prepared to leave, she arrived, bright eyes and broad smile.

“Helloo,” she crooned in German/English. 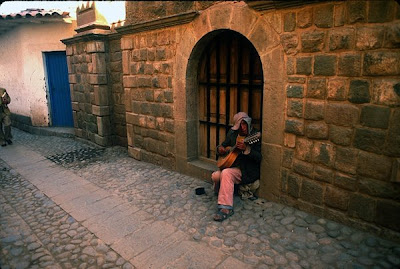 Conversation was difficult. I asked obvious things and she tried to reply. She had studied English in school, she said, but she had never really used it since. She struggled to remember words, saying them in German, then Spanish. She was a printer working for a German company. She had been in Peru for a year. She ordered a milkshake. I had read about the dangers of contracting tuberculosis from dairy in Peru. She watched me put an iodine tablet in my soup. “What are you doing?” I tried to tell her, but she was laughing wildly. “Americans,” she giggled. “Why are you all so paranoid?” “I don’t want to get sick,” I offered meekly. She simply shook her head.

When we left the café, dark was falling. She took me on a tour, up and down streets off the square, past local shops and restaurants and bars without signs or indicators. The aroma, the sounds were not those of the Plaza. Ancient stone, small wooden balconies, an occaisional motorbike. 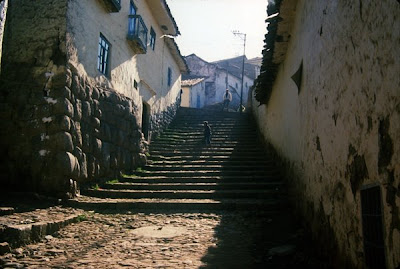 “It is getting late,” she said. “I must work in the morning. Does your room have a shower?”

Odd, that. “Yes, but the hot water is only on for an hour in the mornings.”

“I live up the hill,” she pointed, “and the water pressure has been bad. I have not had a shower for a while. Would you mind if I used yours?”

My small room was not heated. The water was frigid. And she showered. I sat on my bed and shivered until she popped out running a towel over her short cropped hair, smiling. “It feels good to be clean,” she said.

“Listen,” I started, “would you like to stay here tonight? Just to sleep, I mean, just so we don’t have to walk back in the dark.” I was afraid I looked like a creep when I was merely lazy and perhaps a coward.

It was warm beneath the big wool blankets. I would not have to walk that night. 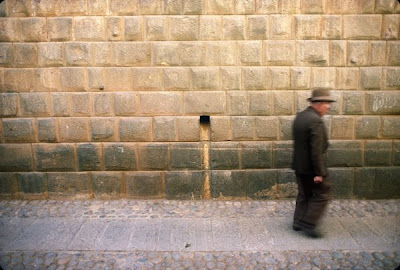