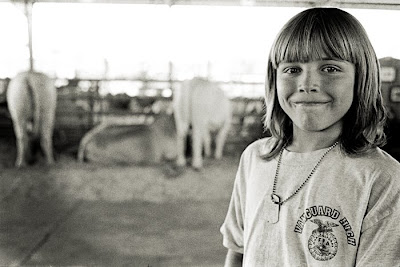 “You taking pictures of cows?” Standing before me was a young person of gender-neutral age. “Uh, sort of,” I said, feeling out of place. 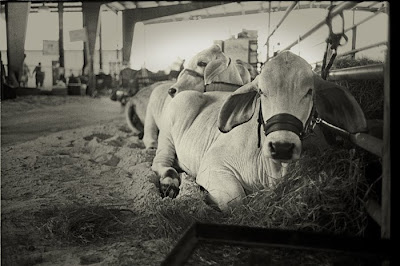 After writing my circus and carnival pieces, I thought I would revisit the fair to see what it was like now. It wasn’t much, and I ended up spending most of my time at the agricultural exhibits. As I walked around the tents, though, taking pictures of cows and horses and goats pigs like I’d never seen one before, hardened crackers, farmers and ranchers, looked at me like they’d never seen one of me before. Disdain seeped from their very big pores. And so I fumbled, bumped, and stumbled from exhibit to exhibit awkwardly with my cameras, crouching down to get an angle, stepping in cow shit from time to time, feeling their heavy eyes and smirks upon me.

“Do you have any animals here,” I asked.

“No, I used to exhibit, but I gave it up,” he replied like an old man who had retired and was now resting on his laurels.

“Here, let me take a picture of you with these cows,” I said, waiting to be arrested or beaten. We stood there in silence.

“You know the High Green Ranch?” he asked.

“That’s some might good land,” he said with a quick and certain nod.

He seemed to want to talk, but this wasn't the 70’s. You can’t just talk to strange kids any more. You end up on TV. So I said, “Well, dude, you take it easy,” and started to move away, wondering if “dude” was the right term.

I moved over to a big ring where handlers in white lab coats were showing goats to a group of judges. I was framing up a shot when I felt a tug on my sleeve. I looked over. It was the kid. He was holding out his hand to me, palm up.

In his fingers he held a huge freshwater snail shell. I picked it up gingerly, turning it around before my eyes. What the hell does this mean, I asked myself in confusion. I’d watched too much “Carnivale,” perhaps. I was waiting for some apparition, for his eyes to turn to fire.

Then sweet as unfettered youth, he turned and skipped away. 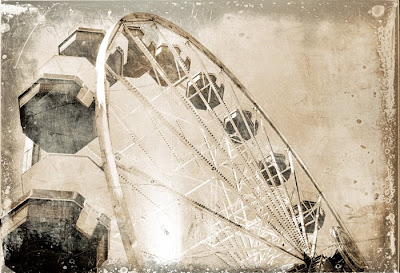 The people standing around me stared as if they expected some explanation, weak grins framing their faces. I could only shrug. It's all still a mystery to me. These are dark, suspicious times.
Posted by cafe selavy at 9:30 AM