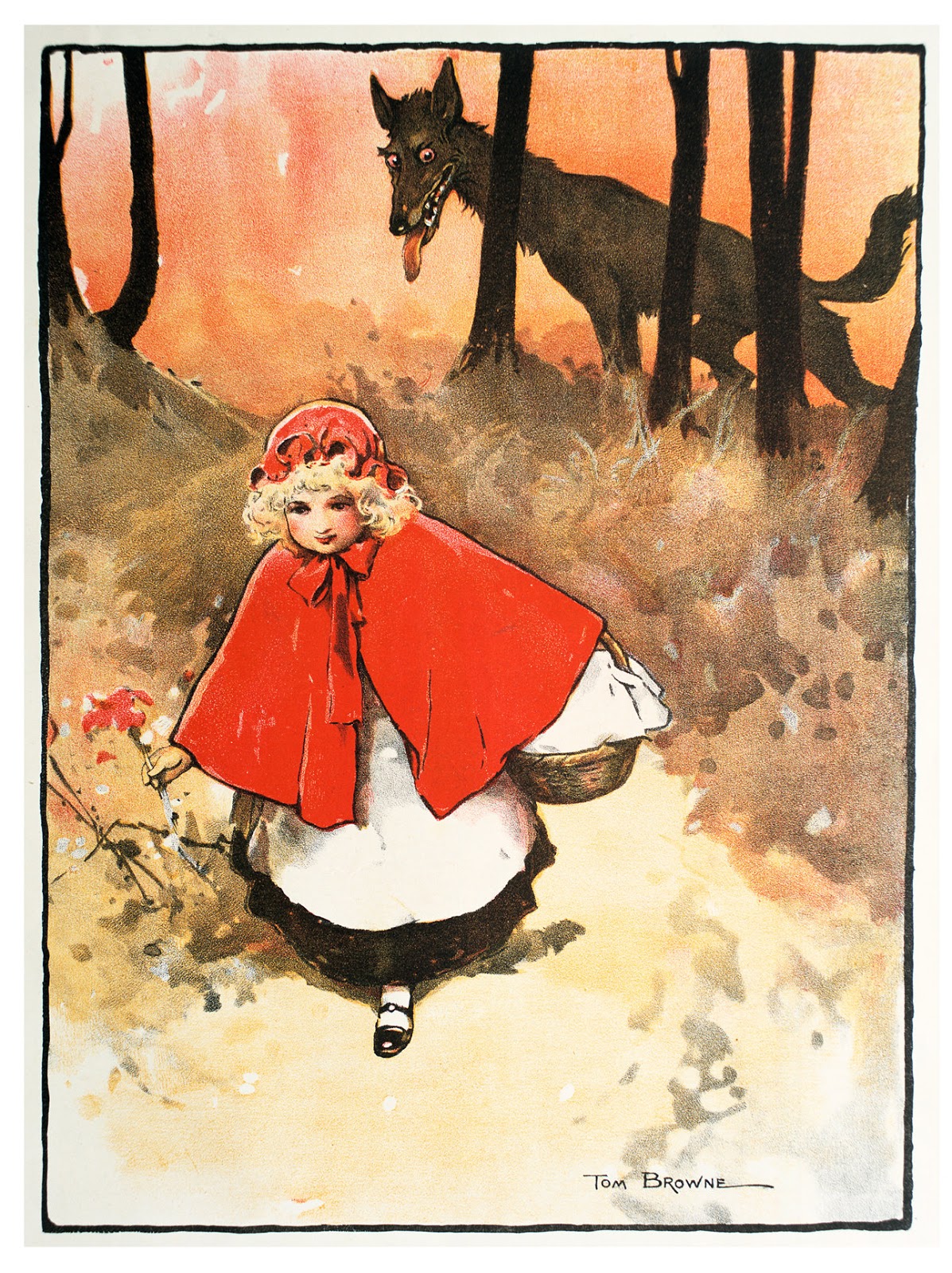 This freaks me out less than this. 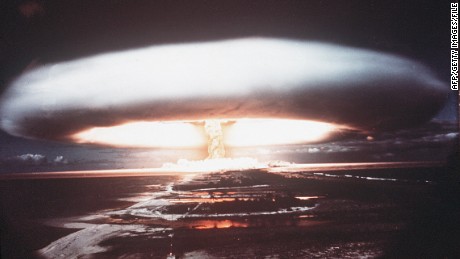 I don't think that is true of most of the people I come into contact with on a daily basis.  Both images come from online papers this morning, the first from the New York Times, the second from CNN.  One illustrates a review of a book about fairy tales and the power they maintain over human consciousness.  The other is about the proliferation of nuclear weapons.  The adventures of fairy tales are not scary to me at all.  Even as a kid, I thought I could escape anything, that I would be smarter or faster or luckier than the wolf.  I felt that I had some degree of control.  The other thing, though. . . no way.  It is a reality beyond hope. 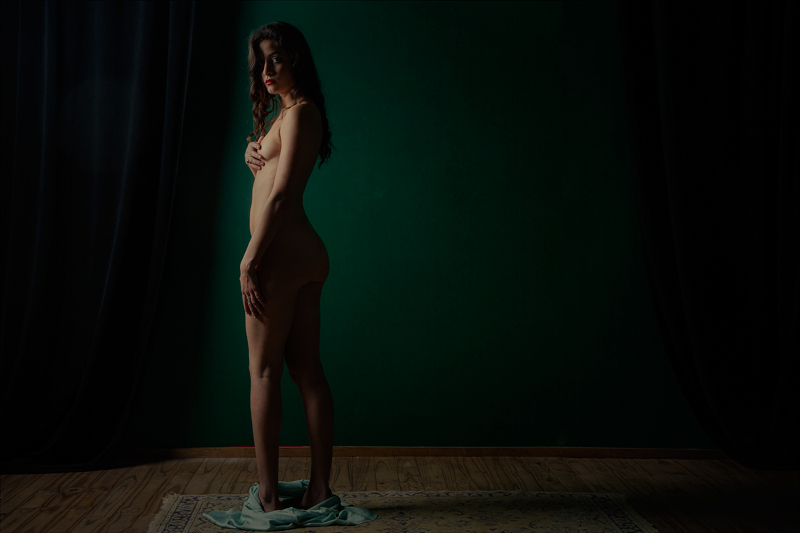 Let us get away from that now.  It was simply the chilling part of my morning.  I took leave from work yesterday and did little.  I had to clean the house before the wrecking crew came, then left the house to them and went to the gym.  When I came home, the house was clean and fresh and the weekend had begun.  I made lunch, took a shower, then a nap.  Woke up, read, and then my buddy brought me an ice tray that makes the big cubes for a cocktail glass.  It is red and soft and made in China.  Plenty of off-gassing, I said.  It is definitely toxic.  Perhaps I can line it with something, I wondered.  Coconut oil, he said.  Hmm.  I was thinking more like plastic wrap.  We are going to look for ceramic holders.  We'd feel better.  Then I left to meet someone at the studio, someone with whom I'd shot before who needed a favor.  O.K.  I'm just the sort of fellow for that.  I didn't want to go as I've been feeling ill, but I had a scotch and put on a game face.  I took the bottle with me.  Oh. . . she liked the scotch.  This is really smooth, she said.  Yep, I said, it's white boy scotch.  Ain't like that J&B shit your boys mix with coke.  Ha, she laughed.  Ain't.  She was brought by a posse, sort of, her boyfriend and two women who were introduced as his relatives but who weren't that, exactly.  The bottom of the car scraped on the parking lot when they pulled up.  Tearing up your car, I said.  Oh, we're gonna get a new one in a couple of years, said the driver.  I was thinking this was going to be a mess.  The women were serious black hillbillies.  The one introduced as someone's mother looked to be around 60 with short bleach blonde hair.  She had metal in her lips and nose.  The other was her true daughter.  They wondered if they could come in and see the place.  Sure, I said.  Are you ready to shoot.  The mother looked at me with real inquisitive eyes.  She turned to her "son" and said, I want a picture of my clit ring, but I ain't bathed.  Whoa, I thought to myself with tremendous force.  Whoa.  Things were weird right from the start, but life is like that if you let it be and I have a knack for that.  They looked around and talked for a long, long time, and I wondered what was going to happen.  And just then they said they were leaving.  How are you two getting home, I asked.  I guess we'll have to take the bus, they said.  Where do you live?  Downtown.  I'll take you home, I said.  The model was hitting the scotch hard already.  I was watching my bottle disappear.  I haven't had this much fun in a long time, she said.  I haven't been drunk for months.  And boy, she was getting there fast enough.  It didn't take long until it was impossible to shoot, each of her two eyes staring at a different planet.  I don't think she's going to make you dinner tonight, I told her boy.  He agreed about that.  I said we had plenty of good pictures and should call it a night, so I packed them into the car and headed out beyond town to a place I was hoping I wouldn't get lost.  Thanks.  It was fun, she said.  Of course.

On the highway home, I had a text.  Meet us at Blue Moon Squared.  It is your kind of place.  I've been there often even though they hadn't, and I was down for a strong beer.  It was the place where every guy has short hair and a beard.  I was only mildly disappointed.  But the bar did not serve food. There was a sushi truck outside, so I tried to order something.  It would be twenty-five minutes, they said, and I told them never mind.  Back inside I had another beer, then hunger took over which was a good thing for it has been my stomach that has not felt well.  I walked into a sushi bar in the same plaza and they kicked me out.  Closed now, a mean looking man said.  After ten.  I looked.  It was.  It was after ten, but not by much.  The place was packed.  I thought that it was stupid not to whip me up something quickly as I would be gone before most of the people in the restaurant, but what could I do?

At home, I whipped up something quick.  A can of Amy's split pea soup and some cold chicken thighs.  Mmm.  I must have been drunk, though, for it was as if somebody bumped my elbow from behind.  The soup went everywhere.  There is nothing like cleaning up split pea soup when you are hungry and drunk.  I managed a half-assed job and put on another can to heat.  I think I ate.  I woke up around one with a championship middleweight fight in progress.

I woke up in the dark.  It was five.  What was that?  Strange sounds like a possum giving birth or being eaten by some sort of constrictor.  I couldn't get up to see.  It went on and on.  Then I heard a kitten cry.  That is what it sounded like anyway.  I remembered my cat had gone out when I was cleaning up the split pea soup.  I didn't think I had let her back in.  Shit.  I turned on the outside light and looked through the blinds.  Nothing that I could see.  The sounds had stopped.  What the fuck?  I was thirsty but the kitchen was too far away.  I fell back into bed and began drifting back to sleep when the sounds began again.  It definitely was birth or death.  I got up again and opened the bedroom door.  I heard a weird sound close to my ear and jumped back.  Then I heard it again.  It wasn't close to my ear, though, it was my ear.  The atmospheric pressure was dropping and my ears were popping and cracking.  Jesus Christ.  I went back to bed wondering if the cat would be there in the morning.  The wind began to blow and I could hear the branches crackling.  The sound of jetliners rumbled in the heavy atmosphere.  I was paralyzed and terrified off and on, sleeping, waking.  I got out of bed late.  Very, very late.

The cat was at the door.

Things have returned to normal, I think.  There is strong coffee and the nibbles and kisses of the warm cat on top of my feet.  The sky is gray and misty and the wind comes in scary waves shaking the trees outside.  I feel healthy and whole, more so than I have for a couple days.  The Gilbertos are making music and I am ready for breakfast.

It all begins again.
Posted by cafe selavy at 10:12 AM