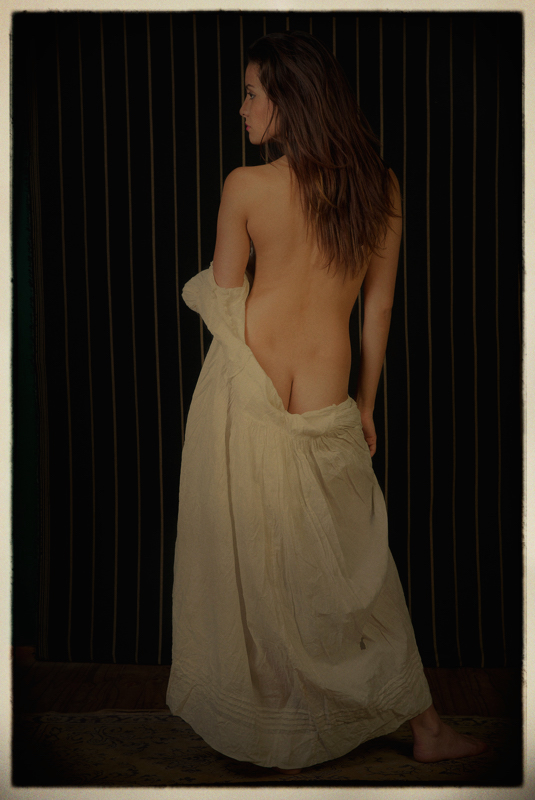 Carl was born in Ohio in 1920.  His mother divorced his father after he was "institutionalized."  It was something the family kept quiet as being shameful.  His father, it seems, had gotten involved with gangsters and moving whiskey in Dayton during Prohibition.  These, however, were not tolerant people, and when he was found in the apartment of the bosses girlfriend, they dropped him out of the window on his head.  He never spoke after that.  The doctors, so the story goes, said that he was fine to leave the hospital, but he wouldn't.  He remained there until he died.

Carl was the third of four children, two boys and two girls, though there was talk of another who died in infancy.  Rather, there was little talk.  After their mother remarried, they all moved onto a rural farm with her new husband.  His eldest sister wed and was the first to leave soon followed by his older brother.  Carl and his younger sister were left to help on the farm.  Carl milked the cows and fed the chickens every day before school and went back to work when he got home.  He had to miss a couple years of school when he got older in order to keep the farm running.  As a child, he had straight brown hair, but as he got older it became curly and black.  When people asked him how he got the curl in his hair, he would to tell them that he used to sit in the barn with the cows and one of them liked to lick his head.  His hair, he said, had turned curly overnight.

Carl was left handed which caused him trouble in school.  Superstition associated left-handedness with evil spirits and deviltry, and Carl's teachers forced him to do everything with his right.  They would tie his left hand behind his back when he wrote and smack his knuckles with a ruler when he used his left hand to pick anything up. As a result, though, he was almost completely ambidextrous when he got older and could do most things equally well with either hand.  Working on the farm had made him strong and he became well-known in the county for his feats of strength.  People would drive to the farm with their children on Sundays because they had heard about the boy who could pick up the backend of a tractor.  In the barn, he had hung a canvas sack full of sand from the highest beams, and he used it as a punching bag.  He learned to swing the heavy bag in a huge arc and to stop it dead with a single punch.  Once, when his older brother came for a visit, he asked to see Carl do this.  "Let me try that," he said afterwards.  "Don't do it, Harry," he told his brother.  "You'll break your arm."  But being the older brother, of course, he wouldn't listen, and so he pushed the bag and got it to swing out to its full arc,.  He timed his punch as it returned, and when he hit the bag, he screamed out in pain.  His arm had to be set as he had busted both the ulna and radius.

In his senior year, Carl was a track and football star.  Because he had been kept out to work on the farm, he was twenty years old in his senior year, but that wasn't an uncommon thing.  His slim yearbook had pictures of the football team and a story about his quarterbacking the team to victory against their cross-county rivals.

After graduation, he moved away from the farm and got an apartment in Dayton.  There he worked as a bartender and a bouncer, and he met a woman named Trixie.  They got married and had a son who they named Carl.  They called him Junior.  A couple years into the marriage, Carl got a draft notice.  He was taken into the navy where he served as a Machinist's Mate in the Pacific.  The marriage did not survive the war.