Disaster by Land and by Sea 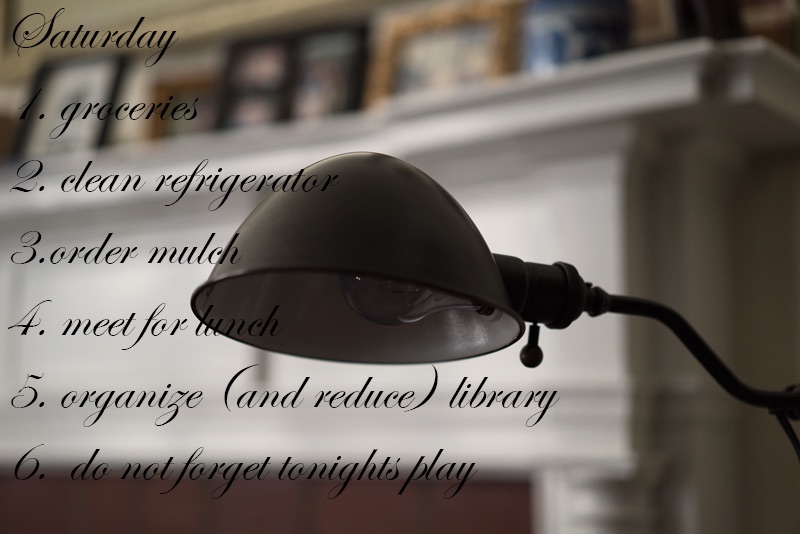 (things that did not get done)
My life went sideways a bit this weekend.  Choices.  Now I just want to be alone in my house to read and contemplate the lack of meaning, which means I want the blank slate on which to write the meaning of my life.  More, I want to "put my house in order."  I don't know that I can survive the crazies as well as when I was young.  I mean, I felt young for a minute or a day or whatever, but circumstances have changed much and there are new retributions I'm not prepared for. In other words. . . I want to crawl under the covers for a week with the blankets pulled over my head.Oh, I think, the glory of mulching, of cleaning the refrigerator, of organizing the library and various book stashes all about the house, of the joys of early bed and good, healthy living. An apothecary lamp has a safe and serious voice.  Listen to the lamp.

*   *   *
So Carl entered the Navy married and a hayseed.  He later would say that he was glad he chose the navy as he always had a comfortable bunk and hot meals.  He stayed in shape, he would say, by climbing the rungs of the ladders using only his hands and by boxing in the little gym they had in the belly of the ship.  And so for the first few months, life in the navy seemed o.k.  He grew a mustache of the Errol Flynn kind and made friends with whom he went when they made their first port of call.  They had been at sea and had not been allowed ashore, so when they finally put in to dock, they were half-mad for land.  What happened that night, though, was never completely clear.  Carl, who had never tasted alcohol before, got drunk with his new pals.  When he woke up, he said, he was in the brig and was facing court marshal.  He didn't remember anything of what happened, but his friends began to fill him in.  They were drunk and rowdy and some MPs came to take them back to the ship.  Carl had busted them up pretty good.  It looked like he was going to be dishonorably discharged and sent back home to his wife and son.  That was what it looked like, he said, but they were back at sea with him in the hoosegow when the ship came under attack from Japanese planes.  It was all hands on deck, then, he said, and they let him out of his cell to man his station.  After that, it took awhile for his release, but eventually he was called to report to the ship's commanding officer where charges were reduced.  He wouldn't be returning home after all--with a condition.  He was going to represent the ship in the fleet's boxing tournament.

O.K.  That was weak.  My head is still not screwed on right, and there are butterflies in my stomach.  I've made a mess that will take time to rectify.  Seems I might have learned something by now.  Perhaps there is still time.
Posted by cafe selavy at 8:15 AM