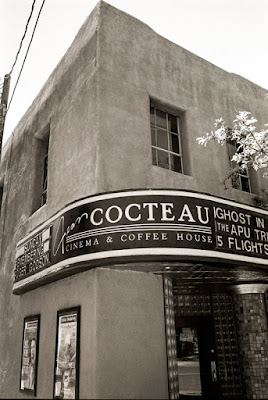 James Salter, a ‘Writer’s Writer’ Short on Sales but Long on Acclaim, Dies at 90.

That was the headline in the New York Times for the story sent to me this morning by a friend.

I knew Salter as well as anyone who has who only met him once.  I was intimate with his writing, first on an emotional and later on an academic level.  I was introduced to his work in the late 1985 when I first read "A Sport and a Pastime."  I'd never read prose like that before, moodier than Hemingway but just as object-laden.  He didn't seem to need verbs to indicate action, didn't need complete sentences.  He used adjectives and objects as subjects in his incomplete sentences.  For me, it was a revelation.  He was a sensualist, an transcendental existentialist whose words brought his (and, perhaps, the reader's) world clarity and meaning.

That is, at least, how I felt.

In the '90s, I decided I would write a dissertation about this.  No one had.  In academia, his work had been ignored.  He was a high modernist writing when the critical world had turned postmodern.  Critical language had changed in a way that denied the exigency of his work.  I was, I thought, the man for the job.

I met people who knew him.  He was a formal man, they said.  I was given his address in New York, his address in Colorado.  I still have his telephone number in my desk drawer.  Given what I had heard of him, though, I knew it would be stupid to contact him on my own.  I would need a formal introduction.

As I worked on the dissertation, some good things happened.  I met Dana Gioia.  He did a reading, and afterwards wanted to get a drink.  It was too late for the others in that academic crowd, and I was well known for my ability to entertain.  I took him to a beautiful bar in an old hotel on the Boulevard.  He was a tremendously easy fellow and we got along right away.  I told him about my writing and he told me that he knew the editor at Twayne's, and that he would be interested in publishing my work.  I laughed and told him that my father-in-law was president of the company that had just bought Twayne's, so I thought I was set.  After that night, we wrote letters back and forth about the work, and he introduced me to Michael Dirda with whom I had some brief written exchanges, too.  Things seemed to be going very well then.  I had presented an important paper at a Hemingway Conference in Havana that had gotten much attention, and I was becoming friends with many of the important modernist scholars in America.  The future was bright. Etc.

One day while doing my research, I found a disheartening piece of news.  Twayne's Authors Series was bringing out a new book on Salter.  I called to find out about this.  William Dowie, a professor at Southeastern Louisiana University, was finishing up the last edits on his book, I was told.  I wondered if they could send me an advanced edition, I asked, for my academic research.  I was told that I would need to contact him and was given a number.  He was in Upstate New York for the summer, I was told, where he worked in a summer camp run by his family.  I didn't hesitate.  I called right away.

"Hello.  I am calling for William Dowie," I said.  "I was given this number by his publisher."

"Hello.  Is this Professor Dowie?"

"Yes, you're the son of a bitch who ruined my life!" I exclaimed.  There was a pause on the other end of the line. I waited a minute to laugh and then explain.  He was something, a really swell fellow.  We talked for a long time.  He had interviewed Salter on many occasions and offered me the tapes and transcripts and anything else I might need for finishing my work.  Sure, he said, he would send me the manuscript for the book.  He gave me his home number if I needed anything.

Maybe this would all work out after all, I thought.  My work was going to be much more complicated than a Twayne's series after all.

I called Salter's publisher, too.  They were sending me the galleys of his forthcoming memoir.  I was getting obscure publications of Salter's work like "Still Such," a strange little elegy with photographs by Duane Michals.

That summer, the largest hurricane in history was headed toward my town.  My wife left in the morning on a flight to Oregon where she was going to work for a few days.  In preparing for the storm, I dropped a large and heavy glass table top on the big toe of my left foot.  I almost lost the toe.

When my wife came home, she told me she wanted a divorce.

Life changes in radical ways.  From that point forward, mine was never the same.

Some years later, I went to New York.  Salter was reading with Michael Ondaatje at the 92nd Street Y, and Q and I went.  We had had a big day at the museums and had eaten big steaks at a famous mob restaurant with huge Peter Max paintings lining the walls.  We were in flip flops and shorts and shouldn't have been seated, but sometimes things are magical and it was early, so with a furtive glance around, the maitre d' took us to a table where we wouldn't be noticed.  After dinner, we stopped at a liquor store and bought a bottle of whiskey to take into the reading.  We found a spot close to the stage and tried furtively to pour ourselves a couple drinks.  The woman sitting next to us looked over and commented.

We began chatting, of course.  She was a brand new professor at Columbia University, young and fun.  We were glad to know her.

Salter read from a book of new stories.  His choice was dreadful.

After the reading there was a book signing.  Q and I waited until everyone else had gotten their autographs before we went to the table.  Salter was ready to get out, ready for the cocktails and chatter that would follow.  Q went first.  Salter got a big kick out of Q and they chatted like they were very good friends for quite awhile.  Then me.  I knew from the first glance that Salter didn't care for me at all.  His look was much like the looks I have gotten from other male authors.  He didn't want to chat.  He barely signed the book.  I no longer remember which book it was nor where it might be now.  I'm glad I never called him.

He lost something, of course, in his later years.  But he wrote three remarkable books that cannot be denied:  "A Sport and a Pastime," "Light Years," and his memoir, "Burning the Days."  If you want your heart broken over and over in the most beautiful way, you must read them.

Salter, by all accounts, lived a marvelous life full of regret and sadness.  As the obituary in the Times ends, “Life passes into pages if it passes into anything.”

What pages.
Posted by cafe selavy at 9:17 AM