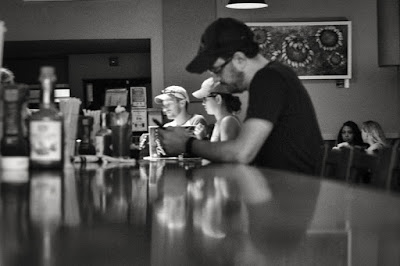 I was sent a link to this story last night.  I in turn sent it out to a dozen or so other people who I thought would get a kick out of it.  But wait--am I the only person I know who is not familiar with Matt Taibbi?  I haven't read Rolling Stone magazine for years now, but surely I have seen him on television.  Well, I'm a fan now.  He is not Hunter S. Thompson, but he sure beats the hell out of anything that has come down the pike since, and I am thinking, of course, of P.J. O'Rourke.  No, this guy is funny and can stand language on its head with his twisted imagery.  Once again, of course, I prove to Ili that I am a square.  When I sent her the link to the article, she told me that Taibbi had written an article about her and her colleagues back in 2010.  Really?  She sent me the link.  Sure enough. . . .

It will get worse, not better.

I read an article this morning about the Lonely Planet's guide to the world's most livable cities (link).  I've seen similar lists and I always read through them.  I want to live in a livable city, too.  The lists vary, of course, not all picking the same place as #1, but they all seem to have something in common.  And so, in an increasingly more diverse world, I have to wonder what this list would look like if it weren't put together by white people.  Surely they are all white lists, for all the best places to live are the most homogenous white places on the planet.  And in truth, being a bit of a Europhile, (and I'll admit here that I have some "white blood" in me), I like the places they pick.  To live, I mean.  But I'm not sure I want to go there for vacation or adventure.  I've always been that way.  I love living in my little wealthy hamlet where nothing very crazy happens with any regularity.  They pipe in the theme song to Leave It to Beaver through little speakers just behind the white picket fences.  It is wonderful.  But my desire to get out of here is as great as my desire to return.  I get sick of these white-ish folks.

And so. . . I want to see lists of the most desirable places to live put together by Indians and Chinese and Mexicans and Arabs.  Hell, they may pick Calcutta or Bangladesh or Tripoli or Port Moresby.  Surely not everyone wants to live in Calgary.  I know people who would rather live in Compton, motherfucker. 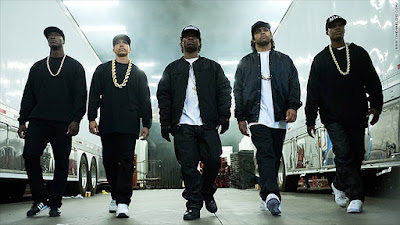 And while Toronto is on the list, Detroit is fast becoming one of the hippest places on the planet.  Now that I am not visiting the Venetian Delta to make my travel photos, I'm thinking of picking a city to go for an extended weekend once a month just to make pictures.  And one of the first places I'd choose would be Detroit.  I know a couple people who have gone, and what they have told me was intriguing.  And I'll tell you what--these Compton boys ain't scaring anybody in those Palestinian neighborhoods that are now a big chunk of what Detroit used to be.  All that swag just get those homeboys jacked in that city.  Mmm, hmm, G-U-A-R-A-N-T-E-E-D.

I don't know what I'm talking about, of course.  But I'd like to go see.

I may miss a couple of posts this week.  Big things are happening at the factory, and I am going to have to pull some fourteen hour days.  I can't wait for that to be over.  But it is yet to be lived through.  Anything like creativity will be beaten out of me this week.  I'll be ready for a weekend of drooling and sitting in the sun.

If I get a chance, though, I'm going to try to catch up with the rest of you and read my Taibbi.  I'm sick of being such a square.