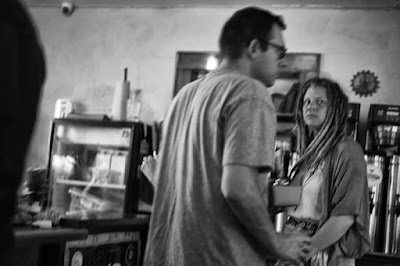 "Straight Out of Compton" kicked it at the theaters this weekend.  I can't believe I missed it.  I love me some badass rappers motherfucker.

The NYTimes ran a feature on the three teenage girls in London who left home for Syria to join ISIS.


"Ask young Muslim women in their neighborhood what kind of guys are popular at school these days and they start raving about “the brothers who pray.”

“For the girls, joining ISIS is a way to emancipate yourself from your parents and from the Western society that has let you down,” Ms. Havlicek said. “For ISIS, it’s great for troop morale because fighters want Western wives. And in the battle of ideas they can point to these girls and say: Look, they are choosing the caliphate over the West.


Elsewhere, Sharon Stone appears nude in Harpers and takes heat for it because she might be photoshopped.


"I'm aware that my ass looks like a bag of flapjacks," she said. "But I'm not trying to be the best-looking broad in the world. At a certain point you start asking yourself, 'What really is sexy?'"


"A recent post linked to an Islamic State account paraphrased a popular L’Oréal makeup ad next to the image of a girl in a head scarf: “COVERed GIRL. Because I’m worth it.”

Ili tells me it is tough to be a woman in the professional world.  I send her this.


“In order to write about life, first you must live it.” That’s often attributed to Hemingway, and he would have applauded Lucia Berlin, who made fiction from her life and had a surplus of raw material. Born in Alaska in 1936 to a father who was a mining engineer, Ms. Berlin lived all over the American West and in Chile, New York City and Mexico. She survived childhood abuse and adult alcoholism, an addiction that sent her, in her words, to “jails, hospitals, psych wards.” She hung out with poets and musicians (marrying two jazz players). By her early 30s, she had been divorced three times and had four sons. She worked as a house cleaner, a substitute teacher and a hospital clerk. She put much of her roving, rowdy life onto the page in vivid stories that garnered the respect of a modest audience and now could be on the verge of making her posthumously famous.

It's all interesting.  We're all looking for the Guidebook to Life and Truthful Living, but there isn't one.  There is just the horrible reality of things.

Like Donald Trump.  He has gone even higher in the polls.  I have never liked him, but I am really getting a kick out of him.  He is a revelation, really.

And I haven't even mentioned the factory explosion in China.

But the world will come together soon at Burning Man.  Q is going as our correspondent.  He'll send back the truth, I am certain.  There is nothing like deranging the senses to bring the world into focus.