Everything is So Beautiful 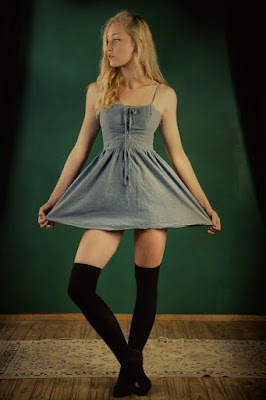 I'm feeling better.  That is what I think.  I was "at 'em" yesterday for awhile, at least, and the more I was, the better things seemed to get.  I'm hoping I'll be back to speed just in time to head back to the factory tomorrow.  Wouldn't want to cheat them out of a good day's work.

Ili and I went shopping for some things we will need in NYC in a couple weeks.  Shoes.  You gotta have good shoes, comfortable and more.  So we went to my friend's outdoor store.  No shoes there, but I got underwear.  I only wear them when I am going to be walking for hours and hours and hours. No need to have unwanted chaffing spoil a trip.  TMI?  No such thing my friends, no such thing.

Next we went to a mall.  A big old mall.  It was once the top retailing mall in America.  Now. . . it is just a mall.  But for me, it is more; it is a taste of America.  Oh, I want to photograph in that mall so.  Everything I never see is there, all of it.  Including shoes.  Tons and tons and tons of shoes.  It is apparently the American Mania.  A fetish, perhaps.  And quick as lightning, we were both shod and out the door.  But for some reason. . . we lingered for a bit.  We "walked the mall."  It wasn't as big as I remembered from when I was there a decade or two ago.  Indeed, it was not big at all.  But it had all the requisite stores and a food court.  There was even an Orange Julius.  I didn't know that was still a thing.  It is like the Pope.  I don't understand how some things are.  If I could just get a picture of the Pope with an Orang Julius. . . .

After the mall, I was whupped, and the air outside was hot and dense with moisture like a pressure cooker.  It was time to take an exhausted nap.

Hours later, after the storm when the late sun was turning things golden, Ili said she was hungry.  She was down for eating at the retiree hour in a cheap Mexican restaurant in a strip mall where she believed we could get ice cold Margaritas, or, rather, shots of Patron.  I had eaten at this place years ago and didn't believe they served liquor, but she convinced me.

And as predicted, the place was full of old people.  Old people and one mother out with the grandparents.  She had a screaming kid.  They sat in the booth behind us.  Ili's face fell.  The beer came in bottles.  She was ready to go, but I wanted to stay and see if the kid would start knocking his head against the wall for fun.  He was obviously an idiot from generations of idiots.  It was the perfect end of a day spent at the mall.  America.  I wanted to shoot myself.

Rather, I picked at my food while Ili cheered up.  She liked it, she said.  She liked the food and the people.  She ordered another beer.  I think my own misery buoyed her.  She was enjoying her time among the cretins more and more.

Maybe that is what made me feel better, though, my time in "the world."  There are worse things than feeling a bit off, of feeling as if your feet are leaving the ground as the world pitches sideways.  One could be too firmly rooted and solid and earthbound.  I have loved the earth, but perhaps it is time to begin to disconnect, to float among the stars and space stuff.  I watched a Netflix special on Keith Richards last night (don't bother).  He said he wasn't getting old, he was just evolving.

Instead of "old," he should have said "dying."

Goin' to the shopping mall, shopping mall
gonna see myself in one and all
gonna come away so mighty disappointed
ain't got enough money for everything I wanted