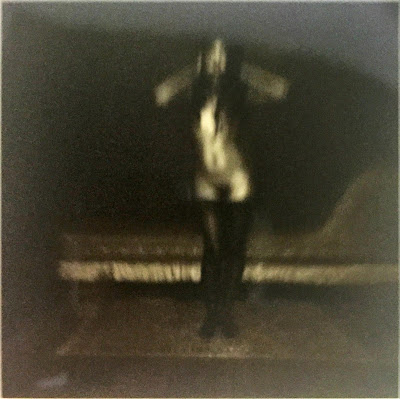 If you are thirty-five, thirty-six, you have just moved into your hip adulthood.  You or your friends now have children, so you don't party as much as you once did, and you have put on ten or fifteen pounds in the last few years.  You think that you are going to begin cycling again or playing soccer, and that you will eventually lose it, and so you, like your friends, make semi-sincere self-deprecating jokes.  All the mommies are beginning to look like mommies without the hipster glam, and the daddies have begun to lose some hair.  Still, since you are age-group-ridden, you mostly see people who look like you do, and it is less of a shock when you glance into full-length mirrors or when you are buying clothes.  After all, you are still hip and need not bend to any fashion trends other than the one you and your friends have known for ever so long, an evolving aesthetic, you think.  You still wear your red Chucks and plaid, short sleeve shirts and you don't subscribe to most things middle class.  Except you have begun watching sports on television, mostly soccer, but perhaps cricket if you can find it and always cycling.  There is more money than there used to be and most of you have bought a house and do housework and yard work on Saturdays drinking Pabst Blue Ribbon while cooking some exotic culinary delight in an extraordinary way.  And when you entertain, there is always an expensive craft beer.

You've become more like your parents than you meant to.

Don't feel bad at all.  The world needs for this to happen.  It does it to you so subtly you don't even know (until you know it), and by the time you do, you are not pleased by it exactly, but somehow satisfied in an odd, predictable way.  It is what you will have when Generation Z begins to spoof you.  Oh, those crazy kids.

Only a few of you will escape that, and you will have many moments of self-doubt if you do.  Why, you will wonder, didn't you go the way of the lemmings?  It is difficult out there on your own like an oddly-shaped dog seen off in the distance.  And you will wonder often enough, "Was it really an escape?"

You shouldn't worry.  It all washes out the same.  Everything's a trade-off, this for that.  There is no winning, no losing.  You'll be O.K. either way, and everyone forgives most stuff in the end. If you are imagining that you are the only one who lies down at night to a head full of horrors, you are wrong.  It is all made up and everyone has quite a talent in that way.

Anyway, welcome to the Horror Show of Life, kids.  You've had your fun.  Act Three has even more surprises in store :)
Posted by cafe selavy at 8:25 AM