Singing to the Stars 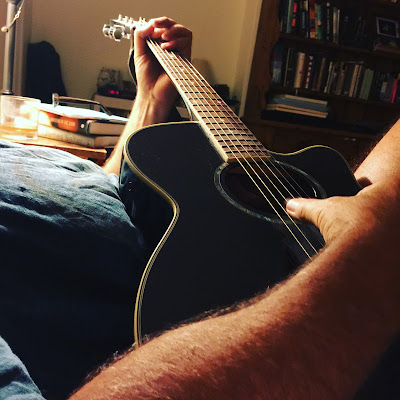 Being without cable and internet was not liberating.  It might be so in the mountains or on a deserted island, but in a city surrounded by people with the ability to access information with the click of a button, it is fairly isolating.  Sure, it's absence had me doing other things that needed to be done, and perhaps after a month or so of not having it, I would have grown some zen about it and come to realize that my life had morphed into something I was more comfortable with. . . but that doesn't happen in a couple of days.

I got back online last night.  I have back my morning ritual.  Now I am free to change it, to remove technology from the formula.  That will be my choice.

And therein lies the difference.

I am reading "Blackout: Remembering What I Drank to Forget."  There are many beautiful, painful truths in that book.  One thing it forces you to ask yourself, though is whether or not you are a "drinker."  That's a hell of a term.  I am only halfway through the memoir, but I know it is going to turn ugly.  But here is a small sample of the writing:


I FINALLY GOT a boyfriend near the end of college. And the weirdest part was: He didn’t drink. This was unbelievable to me. He used to drink, but he no longer drank. By choice. We met at a party, where he was dressed like he’d stepped out of a 1960s gin ad. He pulled out a gold Zippo and ignited it with a magnificent scratch, lighting two Camels at once before handing me one. Like he was Frank Sinatra. Two weeks later, we took a road trip and slept in a tent under the stars somewhere in northern New Mexico. I hadn’t done such a thing since I was a girl. It had never occurred to me camping was something you’d do on purpose. As I marveled at the red-rock canyons of the Southwest, I thought: Where did this beauty come from? Has it been here all along? Patrick was a professional cook. He would come home from work after midnight, his clothes smelling of wood-burning ovens, his fingertips marked by burns in the shape of purple crescent moons. His friends were cooks and fellow hedonists, who drank fine wine and had serious thoughts on plating, and for a while, I wondered what he saw in me. But unlocking the world for someone else can bring such pleasure. He gave me Tom Waits, Pacific oysters, and a knowledge of the shiver that might run through me when a man traced one index finger across the tender spots of my back.


Ili took the posted picture of me in a familiar position at the end of one evening.  The mythological elements are all there--a pile of books on the bedside table, a lamp draped with some hippie bracelet, a pair of reading glasses, a glass of scotch, a bookshelf and a digital clock from the 1970s in the background, me playing the chords to some song I want her to hear me play as I keep us up too long past an appropriate sleeping hour front and center.  It reminds me of the shape and trajectory of my life.

Ili is taking a break, returning to her house on the coast for awhile, so I have a long Labor Day weekend ahead of me without demands or plans.  I need it badly.  My nerves are frayed, my body ravished.  The factory has been too much and will remain so for awhile.  I've trained myself to take a beating without showing it, or at least, I think, without acting it out.  I learned that early in life as a kid.  In my neighborhood, a show of fear or pain guaranteed that the beatings would come whenever someone needed a victim.  You became a mark.  I was not a mark.  I wanted to be a hero.  Heroes never suffered publicly. But here in my home alone on a Friday night and a Saturday morning, listless and downtrodden, I am determined to take my rest, to rebuild and rejuvenate, and to come back all the better for it.  There will be much sitting and staring, I am sure, and many hours alone.  I do not fear being alone and rarely suffer from loneliness.  Rather, I find a liberation in it, the ability to ramble and wander or to sit and think without trying to please anyone else.  And yet, in my isolation most often, I find that I do.  Do please people, I mean.  Perhaps it is only that I amuse them, but they seem happy enough in the brief exchanges.

The house is clean and the yard is kempt.  I have a lunch date with a friend and all morning to read, write, and get to the gym.  I look forward to an afternoon nap, and I hope without much hope to make some new pictures somehow, somewhere.  If not. . . .

And tonight, without audience, probably after too many scotches, I will be singing to the stars.