Dreams of a Flaneur 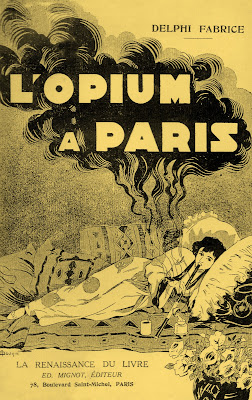 I stole this image from a book review in the N.Y. Times today.  From it, I got the word for what I want to be, the life I wish to live, the one that I sometimes get to but rarely do:  Flaneur.  I want to live thusly.  The caption that accompanied the picture said that, "Before World War I, an opium pipe cost less than a drink."  Supply was probably greater and people thought it less harmful than alcohol, I suppose.  And in many ways, it is.  No, almost every way.  Maybe in every way.

A funny thing happened last night.  I opened up my Amazon account and this was one of the recommended books for me. 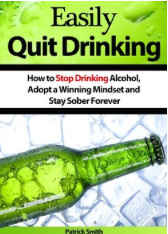 I wondered about Amazon for a bit before I realized I had ordered a book called Blackout: Remembering the Things I Drank to Forget.  It was a breezy read, but for that I will now suffer an endless stream of self-help book recommendations.  What a shitty cover.

My mother is on her way back from New Orleans on the AARP bus.  When she called last night, they were on their way to the Cracker Barrel for dinner.

"Jesus, Mom," I said, "they are trying to kill you. Maybe that is the whole purpose of AARP, to get rid of old people as quickly as possible."

She laughed, but not the way I would have liked.

It is Halloween, and I have made my plans.  I have been invited to the theater to see "Bakersfield Mist," a play about the theory of art.  I declined when first asked but accepted the second invitation.  I decided it would be a lovely and gentle way to spend the evening without bothering with the "holiday."  An early dinner, a few drinks, a play, and early bed.  I like that plan.

But now the sun is up and shining and the day is calling for my attention.  I must away, as they say, to saunter, to be a flaneur.

Happy Halloween.
Posted by cafe selavy at 9:02 AM