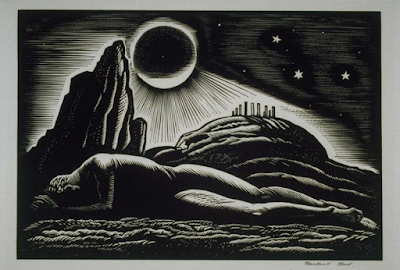 Dinner alone sitting at the bar at my favorite Italian restaurant on a Friday night.  I didn't have my glasses and could not read the menu, and I ordered the wrong thing.  My memory is not so good, perhaps.  The Caprese salad was not to my liking.  The menu has changed and the salad came with a big ball of Mozzarella cheese rather than slices.  I ordered chicken Florentine, but what I wanted was Piccata.  I ordered beer rather than wine.  The two televisions over the bar were on.  Pete Rose sat with a group of baseball sportscasters.  What happened to him?  Who dressed him?  Why didn't they have him sit on a phone book?  He looked half the size of the others.  Why did they put him in a bowtie?  Standing, he looked like an old orangutang, short bowed legs, top-heavy.  His shirt and pants dimpled at the belt buckle.  Charlie Hustle--one of baseball's greats.

Time and circumstance had punished him as it does and will do.  It was not comforting.

I slept alone last night waking in the darkness to horrible pain.  It had been shoulder day at the gym.  No matter how I write that, it sounds ridiculous.  One of the power lifters asked me about my knee then told me about his shoulder.  People do that.  He had a torn labrum, he said.  I told him about my shoulder, how the doctor said my labrum looked like a torn flag blowing in the wind.  Three rotator cuff tears.  A broken bursa.  Fenestration of the ligaments and tendons.  It was a miracle, he had said, that I could brush my teeth without pain.

"Jesus, man, how do you do shoulders?"

I just shrugged and told my heroic tale.  I am special.

He is a witch doctor, I think.  Last night, I could not sleep for pain in my shoulder.  There was no way I could lay that didn't cause great pain within minutes.  This morning I can barely pick up the coffee mug.  It is as it was after I fell on the glacier coming back from an ice climb.  I am fucked.

Surgeries have gotten better in the fifteen or so years since I first injured it.  I will go to the orthopedist and see.  Until then, I can only cry out in little starts of torment and discomfort.

It has been a bad few months, I think.  I am certain someone has cursed me. I would take credit for my miseries, but I can't see what I have done to bring them to me.  The miseries are many.

I went to the studio last night to run the printer.  It was hot inside.  The a.c. unit was frozen.  Seriously.  It seems endless.

I have liked Rockwell Kent's wood cuts for a very long time.  I have never been able to take to his paintings, but his black and white images are mythical.  Of his work, Wikipedia says,

His series of land and seascapes from these often forbidding locales convey the Symbolist spirit evoking the mysteries and cosmic wonders of the natural world. "I don't want petty self-expression", Kent wrote, "I want the elemental, infinite thing; I want to paint the rhythm of eternity."

The elemental, infinite thing.  That is the language of the Moderns.  They talked like that.  It shaped me in my formative years.

I had looked forward to my weekend.  Now I will have to deal with misery.  It is nagging and constant, then suddenly sharp and jolting.  It will not let me relax.  It will not leave me alone.  The weekend seems a scolding promise.  I will try to sit, try to breathe.
Posted by cafe selavy at 9:47 AM