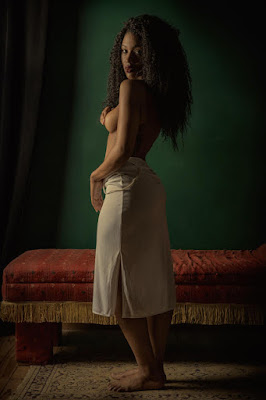 I am completely at a loss as to what Adele is, but it is all I see each morning on CNN online.  "25", the long awaited. . . .  So just now I Googled her and listened to some snatches of songs.  Whoa!  That is some horrible stuff.  I can see why it is so popular.  It is mind boggling.

The package I mentioned yesterday--it was a book.  And it was one I ordered after I read the article on Melancholy in the New York Times.  I had Googled the author and ordered her book "Bohemian Manifesto," for a couple bucks.  It is one of those embarrassing little books I like to buy when I am in Anthropology, the ones sitting around in piles on tables so romantic and fey I can't stand it.  I love them and have a house full of them.

So I began reading it yesterday.  It is fun.  It is phrase book, in part, a researched attempt at codification.  It is full of terms like "outsider" and "antiauthoritarian" and other lovely words that have dropped out of our vocabularies.  I will be plagiarizing full-blown phrases until they are my own.  The words are on glossy pages filled with watercolors.  A bourgeois Bohemia.  You can't tell a Bohemian not to be bourgeois, I think.  You can't tell a true Bohemian anything at all.

She makes Rimbaud romantic again even though we know he was just an evil little shit with a potty mouth and a brain that would have been medicated if he had been born at the right time.  He was surely the kid everyone hoped would drop out of their class so that things could be pleasant again.  He became an African trader and died poor of complications brought about by syphilis.  Bohemia looks better on the young.  Bourgeois Bohemian looks much better later on.  If you make it that far.

I am alone for the holidays once again.  It is a thing I've come to know and appreciate, the hollow emptiness of it, standing on the outside looking in, a quiet spectator who slips away to the early solitude of home and bed while others attend a family event or a party.  I used to envy them that, but I have become very uncertain about that.  I've lived long enough to watch all the dreams shatter, the families break, the reforming of new attachments.  The world won't stand still.  It won't even slow down.  I have a few--very few--friends who have gotten married and raised their children and have stayed together, and it is lovely.  But I think of all the things that they missed, too, all the sadness and sweet melancholy and truly deep feelings that exist beyond happy.

I realize that I have never been enamored of happiness.  I have always queried, "What do you learn from happiness?"  And I don't think there is a thing to be learned from it.  It is a state, truly, and not a a way of being.  There is no meaning in happiness.  It is just the absence of stress, of pain.  A meaningful life, however. . . well, that is the thing.

And so where I was happy, I now look for meaning.  It is a disease, maybe, the search for meaning.  If you are not existential, you can accept that there is a transcendent meaningfulness and assume you are part and parcel of it.  But I can't.  I am cursed to think and discover, and perhaps you are, too.  It is a wonderful curse, I think, though it may not make you happy.