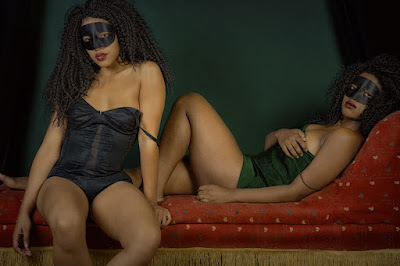 My mornings are changing.  I just can't read the news anymore.  I look at headlines and pass or I skim an article and realize I don't care.  A few catch my interest like today's story on the legalization of genetically modified salmon.  They grow twice as fast because they have a transplanted eel gene that keeps their growth hormone production high.  They are real monsters.  And the best part about it is that they don't have to be labelled as genetically modified for sale in markets.  Oh, there is a clause that allows companies to label them if they want, but it doesn't sound like a marketing scheme that will work well yet, so. . . .  That story got my attention.

We've all been eating genetically modified plants for years, of course.

STDs are on the rise, especially syphilis, and more surprisingly especially among gay men.

That's about all I was interested in this morning.

It is wet and gray and warm here.  I stayed up much too late last night and now I am sleepy and late.  I look forward to sneaking out of work early this afternoon.  I will, just you watch me.  I want to go to the gym and get that done, then go marketing for food for the weekend.  Then I want a cocktail and then I want some sushi.  After that, I want to get on my couch and watch a movie, and then I want to go to bed.  That is the exciting life of a single man.

There are things I want this weekend, too, but I can't remember them just now.

I went to a birthday celebration for one of the "group" at the factory.  It coincided with a union social which I can't be part of since I am "management."  I sat with the birthday girl and a small group before the other began and drank and talked as I don't in my role as factory boss, and as always, I was shocked at the reaction of others.  Am I that weird, I wonder, or are they that personally conservative?  I don't know which it is, but I am leaning toward the first.  I just can't stand normal social patter.  That is why I am best away from the throng.  I know one day they will turn on me and kill me like a pack of wild beasts.

One more cup of coffee, then the shower.  There is a package in my mail bin that I saw last night but didn't open.  I vaguely remember ordering a book from Amazon, but only vaguely.  I think that it must be a book, but I really don't know which one.  Something I couldn't get electronically, I guess, and maybe it is used.  I hope it is exciting.  Was I drunk when I ordered it?

Maybe it will be a surprise, though, and not be a book at all.  Maybe it won't even be something I have ordered but will be a unsuspected present.  Does that ever happen to you?  Isn't it the best thing in the world?  I should begin doing that, just sending unsuspected presents to people.  Trouble is, I don't keep an address book.  I don't know where anybody lives by street address.  Not even my mother.  I know what street she lives on, but I never remember the number.  I will have to remedy that.  All of it.

This has been a most up and down year for me with wild cycles, but it is ending on a bad note and in toto, the year has been a big bust.  If you are a reader you know that.  I've been kicked around a bit and have had other troubles besides.  I'm pretty busted up and wondering.  Every day, though, there is less to wonder about.  Still, I hope I don't give up on wondering.

For instance, why can't they genetically modify syphilis?
Posted by cafe selavy at 8:59 AM