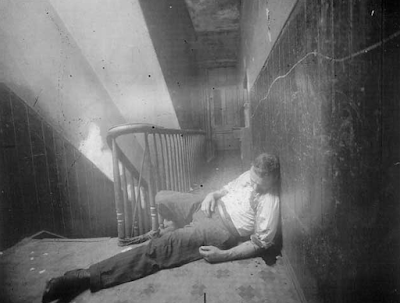 I slept well, woke up sick.  That is the way of the world, though.  Microbes will get us all in the end.  We will find out that all things that plague humans are microbial in nature, no matter what we name the disease.  We were proud that we could battle bacteria, many of which are very, very good for us, but we've done virtually nothing about viruses, mold, or funguses.  I know someone who is infected with mold spores in his blood stream.  Nothing to be done.  Didn't Dylan have a fungus of the heart?  Still there are good molds and funguses, but I've never heard of a beneficial virus.  Is there one positive thing about them?  Google virus and look at the images.  There is the picture of evil.

So I am in a rotten mood, I guess.  Family travel doesn't seem as appealing today.  I'd rather stay in my own house, my own bed, with my own comforts.  Rather. . . .

And in my rotten mood, I am tired of people who are "thankful."  People will be thankful for the most improbable things.  Mostly they are thankful for their children, of course, even though every survey of parents of grown children say that if they had it to do over again, they wouldn't have children, that what they sacrificed in life wasn't worth it.  They are thankful for their families in general, brothers or sisters or fathers or mothers, wives and husbands.  They are thankful for their friends.  There is a fanatical fascism in it all to me.  People need to respect my "trigger."  There should be a limit on this sort of speech for it disturbs me as speech about race, violence, god, or physical abuse pulls triggers for others.  On college campuses, professors are being asked to put "trigger warnings" in their syllabi so that students who might be upset by the topic can opt out.  If there are speakers on campus that trigger emotional responses, colleges are supplying safe rooms with counselors and stuffed animals and pacifiers to comfort the emotionally disturbed.  I want to add another trigger to the hierarchical list.

I want a thankless world.  This needs to be added to Title 9.

And so I prepare to go to the Hillbilly Holidays where I presume we will need to be thankful.  There will be a room full of people who have lost deviant, criminal brothers and cousins to AIDS, who have been incarcerated for the possession of drugs and weapons, whose children will not speak to them, who have filed bankruptcy not once but twice, who have reached an age of retirement without any savings, who are living in halfway houses for a second or third time, whose spouses have cheated on them so that they divorced, later remarried and suffered the same fate again, who are married but miserable, who care for parents with dementia. . . .  I'm certain I have left out a lot.

We will recall all the good times that are gone, I guess.

I think I'd better take some Xanax with me.  I don't think my mind is right.
Posted by cafe selavy at 8:16 AM