The Trouble with White People 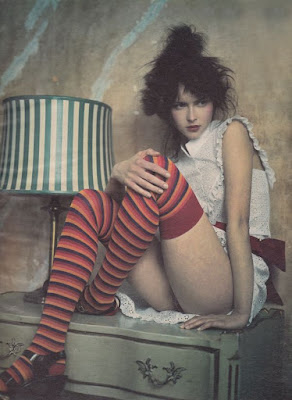 I heard a disturbing piece on NPR last night and then read a story in the NY Times this morning about it.  A new study shows that the mortality rate for the middle-aged white population is rising while everyone else's is dropping.  And the major leap--suicide.  It is a weird study that shows more people have chronic pain problems and are addicted to opiates and other pain relievers.  Death due to drug overdose and alcoholism is also up.

Now this. . . a big part of it is lower back pain!  The female part of the husband/wife research team who released the study suffered from severe lower back pain for ten years.  It was this (in some unexplained way) that led her to the statistics she uncovered (link).

I read another report on CNN today that bemoaned the fact that there were so many addicts to opiates and pain relievers due to chronic back pain.  The author talked about his own surgery that left him without full use of his legs and a year of physical therapy and pain killers (link).

I, too, have severe lower back pain as do most fellows who played sports past an appropriate age.  I wake with it in the night, have trouble getting up in the morning.  And I wonder all the time why the treatment for back pain hasn't improved in the last fifty years?  It is still the same old story.

I have been remiss in keeping my back in good shape the past few years, but lately I've taken to stretching daily.  My goal is to be able to touch my toes again.  Once I can, I will return to a yoga practice.  I have asked a yoga instructor to make me a half hour gentle yoga program.  Here it is:

I don't know what any of it means.  I don’t know how to do a crescent dragon downward lunge. . . or whatever.  And this looks like much more than half an hour's worth of gentle yoga to me, but I haven't tried it yet.

I've lost my way yet again.  I meant to speak of the problems of white people and have turned the conversation to my own suffering.  But what is there to say about white people?  They're fucked.  Their heads have been filled with nonsensical dreams and reality t.v. shows.  They have Facebook and self-help therapies.  Life didn't turn out as promised.  By middle-age, they began to realize that they weren't really famous, that fat happens, and Jesus Christ--their backs were killing them.  If they weren't athletes, I imagine it was all the ecstasy they took when they were young.  After that, left with a serotonin deficit. . . well, it's just hard to feel good.  Then the pain killers.

Oh--this was most prevalent for those who were in the lower income brackets and who didn't attend college.  Those making more than $100,000/year are as good as ever.  No matter what I was taught to believe by the commies when I was growing up, money matters.

I also read that teens are spending an average of nine hours a day with "media" (link).  As the article points out, that's more than they sleep.  I don't know what this means, don't know the consequences of it, but I found it interesting.  Of course, income divides this group, too.  Poor kids often don't have laptop computers.  Maybe that's a good thing, maybe not.  All I can predict is that they are more likely to have bad backs when they hit middle-age.

But that's enough about them.  What about me?  I woke in the wee hours to horrifying thoughts and dreams.  I was in despair and couldn't get over it, so I got up a couple times and finally for good at five-thirty.  Lying in bed in the dark, I was thinking about all the unhappy, suicidal people in pain, either physical or mental, and about what has been happening in my life, the bad parts, the parts where I don't feel capable of taking care of myself any longer, the part where I don't want to face one more task, don't want to pressure wash and paint the house and tear up and build a new deck and pay thousands of dollars to have some trees removed and move the studio and organize my paperwork and try to find my birth certificate and deal with all the shit I used to deal with more facilely.  That is almost the correct word.

I just want to spend my time trying to find my balance again.  Again.  I don't know.  Maybe finding it.
Posted by cafe selavy at 7:30 AM