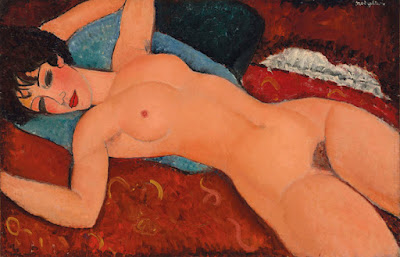 Nobody likes pictures of naked women, of course. . . unless they sell for $170 million.  That's $170,000,000.00.  Keep the change ($.4 million).  If you weren't the lucky buyer of this painting yesterday, though, don't worry.  There were more (link).  From somewhere on the web: "Modigliani upended the tradition of the nude. Modern in their candid sensuality, his works in this genre are noticeably devoid of the modesty and mythological subtext present in many earlier depictions of nude figures. Because of these qualities - along with the artist's notorious womanizing - Modigliani's nudes were scandalously received at the time they were created."

Lucien Freud, Sigmund's grandson, painted some famous nudes, too.  Here is one of his daughter, the fashion designer, Bella.  It sold for a good sum as well. 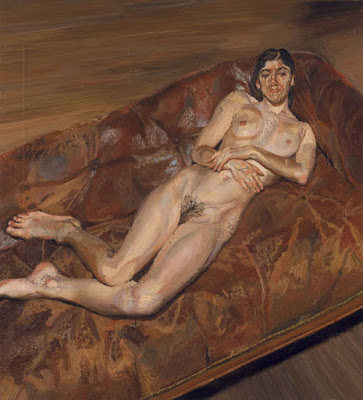 Painters are all mad, I think.  No, perhaps not all.  Not the guy on PBS who had the painting show, Bob Ross.  I doubt that he was mad, nor were the people who followed him.  I you look hard enough, you can see where the madness bleeds through Freud and Modigliani's canvases.

Modigliani wasn't very "successful" in his lifetime, of course.  He lived in poverty and misery and died young.  But he kept painting even when people were not enamored of his work, even when they hated it.

Lucien Freud was much luckier, being a wealthy painter who lived to be eighty-eight.  Modigliani had to pave the way.

You might admire them, but I am pretty certain you wouldn't want to be them.  It is probably better just to own the paintings.  But you can't.  So. . . there are the museums. 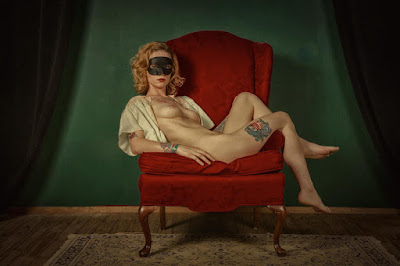