Worms, Rats, and the Underground Man 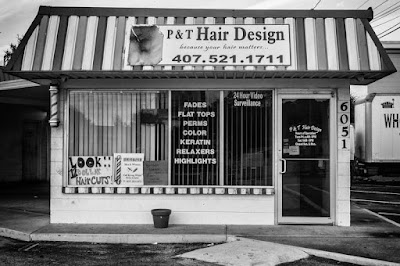 My beautician works on me tomorrow.  I get beautified.  Its a long process.  Trouble is, I have a meeting at the factory just after lunch and the plumbing inspector is scheduled to come to my house.  What to do?  I'll see if my mother can sit at my house and wait, I guess.  I mean. . . what's more important than looking your best?

It is noisy outside my window.  Repairman are working on the gas lines.  It is illegally early for them to be doing it, I think.  I believe there is a city ordinance that you can't begin work before 8:00 a.m.  I've never actually read the ordinance, though.  What does it matter.  The peace is disturbed.

I'm besieged by books, films, and articles touting underground, counterculture revolution of a sudden.  Is it true?  Is there a movement underfoot to push back against the mundane conformity and subjugation of people by those with too much money, influence, and power?  Who gets to make the rules?  I watched a documentary on The Silk Road the other night.  I never went there, but I liked the idea of a place where no one made the rules, a lawless place even if it was cyber.  The film chronicled the downfall of the originator of this part of the Dark Web, but for me it was about coders and encryptors and their revolutionary credo.  "We are the rats," they say, "and though a lot of cats will be fed, the rats will win in the end."  Wow, I thought.  That's some dedication.

I am reading the Luc Sante book about "The Dark Web" in Paris. . . not cyber but the actual one that existed before the internet.  Sante laments the changing landscape, the shift of power there.  In part, he writes:

"Until not long ago, except in the most extreme circumstances, there existed the option, for those who wanted it badly enough, to thumb one’s nose at the directives of fashion and progress and authority and carve out an eccentric path of one’s own—this more so in Paris than anywhere else, because there willful eccentricity was respected if not necessarily understood.

"Nowadays “anarchy” means conformity, “rebellion” means compliance, “revolution” is the seasonal rotation of dry goods, and “freedom” is the exercise of license by the powerful. Perhaps under the circumstances it’s asking too much to continue to believe or at least hope that the stubborn and perverse human capacity for disobedience will prevail in the end, the way worms can undermine a wall, but for now that’s all we have."

I think of Dostoievski's Underground Man.  “I am a sick man … I am an angry man. I am an unattractive man," he says. "Every decent man in this age is a coward and a slave. . . ."

I'll be reading the novels of Patrick Modiano this autumn, too.

What else is there as daylight gives way to darkness in the short days of autumn and winter?  Only that and pumpkin bread with coffee in the mornings and a nice layer of winter's fat.  I'll hunker down, settle in, and contemplate the worms and the rats.
Posted by cafe selavy at 7:58 AM