A Holiday Stroll on the Boulevard 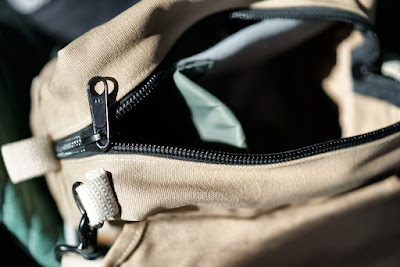 Last night after work, I simply came home and had a Lillet while waiting on Ili.  I drank what was left of the bottle, so when she got here, we poured two Camparis and chatted.  It was dark but early.  We decided to take a stroll on the Boulevard as she had not yet seen the holiday lights.

"There won't be anyone there on a Monday night," I told her.  "It will be deserted and spooky."

I was wrong.  My little town has changed and is now a "destination."  Nothing to do about it.  It is one of the few charming old towns in the state, and developers will never miss an opportunity to make a buck.  But the town is festive enough, and the lighted windows of the shops tell a different story from the transparent daylight ones.  There is a depth and a beauty to them that is not as obvious in the flat light of day.  I noticed shops that I didn't know existed, shops that have opened in the past year.

"This used to be the five and dime," I said as we strolled, "and this the grocery store.  This was the bank and this was the old Yum-Yum shop."  I was a nostalgic bore.  Who cares what things used to be on such a non-historic level.  It is like saying, "This used to be my leg without alopecia."  Whatever.

It is important to live in the moment and not drag the past around like a wagon full of rocks.  I have screamed for years about carbon footprints and global warming, but to what benefit.  Now scientists are happy-ish that we might "survive" if we hold temperature increases to 1.5 degrees.  We are no longer talking about thriving.  We are speaking of survival.  But the world is not ruled by scientists.  It is ruled by profit mongers and uneducated fuckbags of fun.  Nobody loves eggheads.  They are party poopers.

And so I learn to live more slowly and gently knowing I will never stop the rain of greed and corruption and willful stupidity and pride and all the rest.  It will fall from the sky like a shit storm on a beautiful day.

So we walked our walked and spoke in silly tones and tried to believe in Santa and his fabulous reindeers.  And when we got home, we drank the remains of last night's wine and ate the leftover stew and sat at the table and chatted about places we'd like to go and things we want to do.  I think that Pinochle has risen high on our list.  Neither of us knows the game.  We don't even play cards.  But Ili Googled it, and it is a game of trumps and melds, she says, which sounds intriguing enough.  We will sit at the table with jazz and wine and learn to play Pinochle with the specialized Pinochle decks and pretend it is the early 1960s and we are waiting on the big one from which there will be no duck and cover.  For truly, I think. . . there will be no duck and cover.  While there are still beautiful things and sensations in the world, I want to enjoy them.
Posted by cafe selavy at 9:02 AM