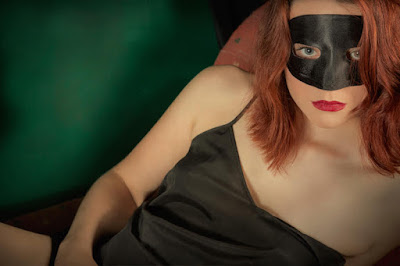 I'm overwhelmed by the things I carry, so to speak.  Yesterday I began to cull the prints.  There are too many of them.  What am I to do, keep them all?  I have the same question about all the Polaroids I have--I don't even know how many--that are preserved in archival boxes, enough of them to fill a three by six cabinet and then some.  What will I do with them?  Store them 'til I die?  It doesn't make sense.

Neither does throwing them away, but I have to decide one way or another.  I may begin to cull them as well, tossing everything but a select few.  It is blasphemy, I know, but WTF?  I don't own a museum.

It is all causing me much anxiety.  Too much.  I have to get the studio cleared and it is almost down to this.

I am thinking of selling the big printer, too.  What am I going to do with it, make more big prints?  Ridiculous.

Until all this is settled, I will not be.  And I am now against the clock.

And I am tired.  All my life, I have loved to pretend.  I bought a sailboat once.  My idea was to become a solo sailor, to sail to places and have adventures.  I wanted to do it because I had read many, many books about people who had done just that.  I wanted to sail into Tahiti prior the Second World War.

After I bought the boat and took sailing lessons and got some sort of navigational certificate from an official organization, I launched my boat in the sea and sailed the coastal waters of Florida.  It was a small boat with a small cabin, and my girlfriend and I spent a couple weeks sailing the days away and pulling into port at night.  We met people.  It was an adventure.  It was fun.

But I hardly left sight of shore.

Back home, the sailboat docked in a big lake.  I loved to go there at night.  Nobody was around and the other boats swayed in the breeze, their halyards clanging.  I would light a lamp and sit in the cool air thinking and dreaming and drinking rum until it got to be too cold, and then I would slip into the little cabin to read by lantern light until it was late.  Then I would pack up and go home to my bed.

It was pretending, but I didn't want to be a pretender, so there had to be sailing.  I got a slip in a huge public marina on the west coast of Florida, and weekends were spent driving to the boat and sailing out to anchor for the night.  Waking up Sunday mornings after a night sleeping and waking to check on the anchor, making coffee in the dewey dawn, I often felt an existential pang of emptiness that wasn't present in the night.  I hate to admit that the nights I spent in the marina were more fun often enough, sitting on the dock listening to the sailing tales of others, drinking and cooking, and in the morning there was a restaurant that served bacon and eggs and hot coffee and toast.  What I mean is that there was some pretending in that, too.

Time went by, and I was ready for a bigger boat, one that would be sea worthy, one I could sail anywhere at all.  I settled on a Swedish boat, a twenty-seven foot Albin Vega.  It was a rugged boat meant to withstand northern seas, and it had been sailed around the world solo by a young man.  I know because I read the book.  And so I looked to buy one and finally settled on a boat that was in very good shape.  I had sailed on it before as it was owned by a fellow at the marina.  And so I got the money and on a Friday night we took it for a cruise, presumably the fellow's last, and then we sat on the dock, me with check in hand.  It was then I decided to go to grad school instead of becoming a gypsy sailor.

He was sorely disappointed.

I eventually sold my boat and began crewing on some racing sloops one of which won The Lipton Cup Series.  And I sailed on some very big racing yachts in dangerous stormy seas as well.  I went sailing in the Keys with drug dealers on big wooden sloops.  We would plop anchor and dive for lobsters which we would boil as the sun went down, making big lobster salads and drinking champagne and whiskey into the night.  They were pirates, I thought, and the women were beautiful. Yes, I can say I had many sailing adventures.

I did all of that because I read those romantic tales.  And in many ways, the most fun I ever had was sitting in the cockpit late at night in the slip at the lake with the stars and the cool night air and the sound of the water and the halyards.  It was like a movie, one in which I could be the hero.  Everything else I did so as not to be a pretender.  I could sail, and I had.  I loved having proved that.  But nothing beat those nights alone with only the rum and my imagination.
Posted by cafe selavy at 9:15 AM