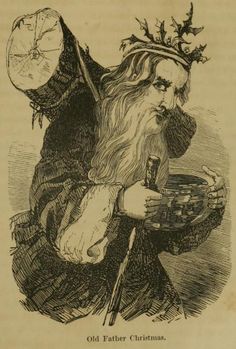 The winter solstice happens everywhere at once, all over the world.  In my part, it occurs shortly before midnight tonight.  It is the shortest period of daylight and the end of autumn.  Winter begins.

Not forever, it seems, as the ice caps melt and cause the earth to rotate more slowly on its axis, as the poles shift and the earth wobbles in its orbit.  There are things I would rather not know.

More than half of the studio has been cleared now.  Maybe three quarters.  Yesterday, we worked in the morning and went to brunch in the afternoon.  As dusk fell early, there was dinner with my mother.

Pattern and repetition.  The sacred and the profane.

I am tired of the endless violence, the endless hatred, the endless wars.  I am sick of greed and its glorification.  We are victims of jaded swindlers and con men and women with toothy smiles.

As I was taking things from the garage and the studio to the man who lives next door to the building (he sells everything I give him somewhere--old t.v.s and stereos and speakers and paperback books and props--everything), I was accosted by the man across the street.  He once was one of the wealthiest men in this African-American neighborhood.  He had worked at a good job and had gotten a pension.  His house was paid off and he was set.  Then he tried smoking some crack.  Now he is broke.  His electricity is off half the time.  He gets thinner by the week, and he wanders around unshaven in an angry trance.  Yesterday he came screaming at me:

"Hey, man, give me something.  I want something."

He came at me.  "Give me a dollar.  Give me that stereo.  You need to give me something."

I turned my back to him and headed for the studio door.  Then he started screaming.  "That's right.  You'd better keep walking."

I stopped and turned for a minute and stepped his way, but I stopped and just looked at him.  He turned and walked into the street and lay down.  The neighbors were telling him to get up, but he just lay in the middle of the street for about fifteen minutes yelling that he wanted some crack.  It was a terrible thing to see.

That seems to be the way of the world now.  How do you decide that crack/meth/heroine is going to make your life better?  Life has to be pretty fucked up for so many of us to think it so.

Hence, for those of you who wonder why, I am turning to Pinochle.  On the longest evening of the year, etc.  Just some peace.
Posted by cafe selavy at 9:27 AM