A Lack of Drama 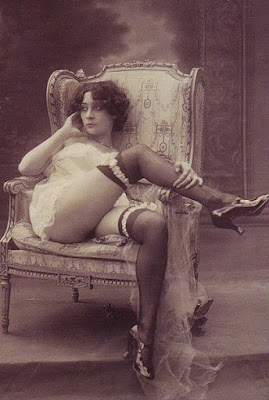 I finished watching "Making a Murderer" last night.  Didn't end the way I wanted it to.  After watching it for twelve hours, the lesson is never get caught up in the legal system.  Justice is allusive.

I read today about a petition for Obama to give Steven Avery and Brendan Dassey pardons (link).  Theirs is a state rather than a federal crime, however, so such a request is a bit silly.  What the article doesn't point out, though, is that Obama could call for a federal investigation into the case.  I want some crackers or hillbillies or rednecks to scream racial bias.  If it were a black man, etc.

But it is crazy to watch a documentary and think you have all the correct information.  It was a good documentary as far as that goes, but it is only a drama.  It is amazing how conditioned people are to take things they see or hear on a screen to be truthful.  I know that it is true.  Some people have believed that what I depict here is somehow accurate.  It is nowhere close to being accurate.  It is entertainment laced with truth.  Truth is an abstraction, though, and cannot be accurate, either.

One of the silliest things you will ever hear is in a court of law: "Do you swear to tell the truth, the whole truth, and nothing but the truth. . . ."

The reason I say that the documentary didn't end as I would have liked is that it did not end in a dramatic style.  The filmmakers blew it there.  It seemed that they had run out of steam and just wanted to wrap it up.

The weather is so very weird here this year.  But the temperature is beginning to drop.  It started on my walk this morning and gave me a chill.  It is gray and wet.  I might as well live in Ohio.

We will make a chicken tortilla soup tonight.  I've never made one before.  I hope it turns out well.  But now it is time for brunch.  I know what to expect there.
Posted by cafe selavy at 11:29 AM