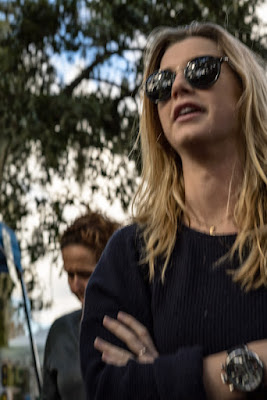 I watched a lot of t.v. this Martin Luther King weekend.  Lots.  I needed rest and it was cold outside and just a few feet away there were movies and football and other things, too.  I watched the "Sixty Minutes" interview with Sean Penn by Charlie Rose.  I've never liked Charlie Rose.  I know he is considered to be a "master" interviewer, but there is something wrong there.  He has deep hidden secrets, bad, ugly things that come pouring out when he talks.  Just look at those sad, mean eyes.  Sean Penn wants to be Hunter Thompson, it seems.  I'll have to read the Rolling Stone article, I guess.  Sean Penn's eyes aren't very nice either, by the way.  There is something sneaky about them.

I ended the television weekend with "McCabe and Mrs. Miller."  Ili had never seen it, so I rented it for $4.99.  The soundtrack is made of three Leonard Cohen songs played in snippets over and over throughout the film.  Altman made some damn strange films for a general public.  That he was able to sneak that weirdness into popular movies is his legacy.

I had my mother over for dinner twice, too, being a damn good boy.

Like I said, I am normal now.  And like all normal people, I will clock in at the factory in a bit and spend the live-long day.  Another day older and deeper in debt.  I owe my soul to the company store.  Etc.

I'll leave you with the shortest of the three Cohen songs.  It is perhaps the loveliest.