The Natural Order of Things 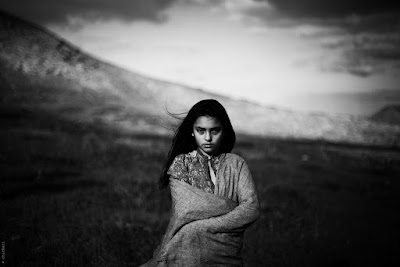 I find that there are very few, if any, photographers who don't eventually back off what they are doing and become somehow "safer" and more "palatable."  It is the "edge" they posses that makes them noticeable, but the attention to the work also brings them hassles.  I say very few, but I can't think of any who have not fallen prey to this.  It is a terrible thing, but perhaps it is natural, too.  Nature is a natural thing and it is a terrible thing as well.  All things conspire to prevent us from doing what we would like to do.  This is called the natural order by some.  The Natural Order of Things.  So we take the little bit we get and go on.

Rather, we make deals.  I'll do this to get that.  If I want to feel like this, I can't be like that.  I will give you this if you will give me that.  The normal life is a compromise, whatever normal you choose.  You have to subscribe to the values of the group, whatever group you choose.  They will adore you and sanction you by turns, and if you want to play, you will have to be contrite.

A Perfect Life.  The Big Puzzle.

The Great Escape.  The Overriding Dream.

To Thine Own Self Be True.

Right.  You will be beaten and driven far from the crowd.  You will live like an awkwardly shaped dog, avoided, seen only from the distance.

Forget those innermost things.  Do not believe in the "self" to which you might hope to be true.  We are a collection of the voices that surround us.  If we did what we wanted to do. . . .

It has been cold here for many days now.  I don't understand how people can live in the cold for months on end, though it was hard winters that brought about higher order thinking skills.  People had to figure out things like farming and preserving.  They had to learn to keep themselves warm.  Europe wouldn't have happened otherwise.  But I am a lazy southern boy and can do little when it gets cold.  Everything takes so long.  No Viking, I.  Now, though, I will make the morning porridge and shower and prepare for the working day.  It is The Great Compromise.
Posted by cafe selavy at 8:32 AM