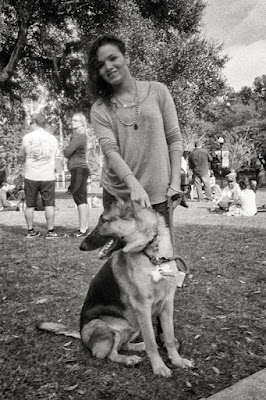 The cameras are gone.  There is nothing I can do about it.  I try not to think about it, and I don't for the most part, though in the night sometimes I wake and yearn.  But they are things, and that is the way it is.  It is awful, but there are other matters that concern me more right now, and I must focus on them.

Like some (with whom I have little in common), I yearn for the America of my youth when people didn't lock their doors and left the keys in the car ignition.  What happened?  We all know what happened and there is no turning back the hands of the clock.  I was stupid to leave the cameras in the car all at the same time.

So now I wonder which one or two I miss most.  I saw a Leica M7 camera body on Craigslist for $1,700.  Buying a 35mm and a 50mm lens, though, would drive that price way up.  I saw a Mamiya 6 online for $1,100 with lens, and I like that camera a lot.  It is not as sexy and attractive to carry, though, as the Leica.  And I miss the Monochrom, but I definitely can't afford to replace that.

Lost cameras, no studio.  If I were a mystic or a believer, you know what I would think, but I don't know what I think, yet.  I haven't been well this week, so I have only thought about my comfort.  I thought to take this opportunity to stop the blog, too, but I guess I'm too much an egoist for that, for here I am talking again.

I still have cameras, and I might take out the Leica R5 SLR camera.  I haven't shot with it for about ten years.  I'll load it with some black and white and see how things go.

For a minute, I thought I would have a print sale and see how much money I could retrieve, but I don't know how to do that.  I may set up an account on Etsy, but somehow it makes me feel like a pimp and a whore all at the same time, and if nobody bought anything, I'd really feel like shit.  I would rather have somebody else do it for me.

But that is enough about it.  Everybody knows how much it sucks.  Nobody can fix it.

Little seems to be changing in the world if you read the news.  You could have been in the jungles of Borneo the past few weeks and coming out would not have missed a thing.  Still, people keep reporting.  I have retreated into movie watching.  Last night I watched "Rock the Casbah" with Bill Murray.  Holy smokes, the first half of the movie is a hoot, but then something changes like they got a new script writer or a new director, and the movie slows to a terrible, boring crawl.  That happens a lot.  There are more good ideas than endings.  Very few movies don't give up somewhere in the middle and then comes some plot summary and a quick ending.  Perhaps that is a good description of bad sex, too.  And since most people don't write, the only scripts they write are their relationships which seem to run that course as well.  I don't want to exclude novels, for too many writers do the same thing.  I may begin to read only the first half of novels and to watch only the first half of movies.  I would save a lot of boring, disappointing hours that way.

A blog, however, is a different thing.  You do not have to invest much to get beyond the middle even though it is more writing than most people are willing to commit to any longer.  And so, in the spirit of bad endings. . . .