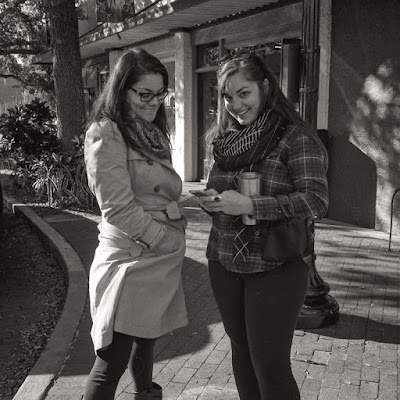 Scanning the last film from the stolen cameras and my attempt to become a street photographer.  One can either approach people for a photograph or make candid pictures of them unaware.  With the medium format, I liked to walk up to them.  The juices flow.  But that doesn't always make for a good photograph.  I was just getting started.  I wasn't thinking about everything I should have yet.

Yesterday I started missing my stolen gear.  The shock is wearing off, I guess, and the reality is settling in.  I looked at Leicas online again yesterday and realized I can't afford to replace them.  Mostly, it is the glass I can't afford.  The lenses are just outrageously expensive.  And so. . . .

Something is happening in Iowa tonight.  Most of us won't be happy about it.  Some of us will be terrified.  But listen--all over the world, people live with worse.  If you want better, you will have to move to a northern European or Scandinavian country or you will have to go to Australia.  Many Americans retire in Mexico or some Central American country, and it is far worse there.

I've chosen to sit this one out.  Not completely.  I'll opine.  But I spent yesterday in the southern countryside driving through landscape that hadn't changed radically since I first moved to the state.  We stopped at roadside citrus stores that will ship fruits to our friends in the north.  They have wild honey and alligator jerky, too, and stalks of raw sugar cane.  We drove by stands of Cyprus trees and loads of sugar pines and girls riding horses through meadows and down old dirt roads.  And later, back home, my mother came to a dinner of wasabi mashed potatoes, broccoli, and pecan crusted wild trout.  I mentioned "The Revenant" once again, and we all agreed we were very, very lucky.

People are going to vote tonight and for the rest of the year for people who tell them they are going to do things that no president can do.  Bernie is going to raise taxes and give us single payer insurance.  Hillary is going to provide social justice for women.  Trump is going to tell everybody what to do.  Cruz. . . hell, who knows?

Somebody will get elected and then so will a lot of other people, and they will argue and disagree.  There is a book right now that proclaims that the U.S. 20th century can never happen again (link), and that the first half was more impressive than the second.  It is easier to look back and be a prophet than to predict the future.  I am remembering a Hemingway quote that went something like, "I don't know what it means, I'm just trying to figure out how to live through it."  I could Google it and get it right, but that is the gist of it.

I'm tired of this.

I'm just trying to figure out how to live through it.
Posted by cafe selavy at 7:51 AM