Black Cat Liberator vs. the H-Bomb 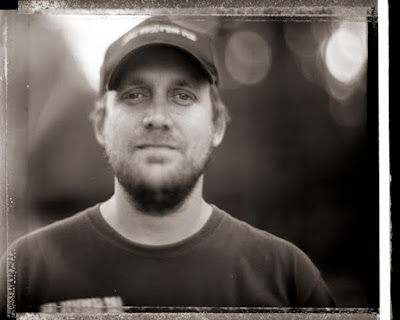 I did four portraits yesterday with the Black Cat Liberator and some extinct Fuji instant film.  They no longer make instant film for 4x5 cameras.  I just needed to see right away if I still knew how to use the camera.  Within a couple shots, I was back in the saddle.  In the next few days, I will experiment with different films and developers.  After that, I will try to "take to the streets."

North Korea detonated an H-bomb.  I read that online today.  It was like a throwback to my childhood.  Time to "duck and cover."  I haven't even seen "H-bomb" in years.  It sounds like a junior version of a nuclear weapon.  I know it is a step above an "atomic bomb," but I really don't understand the differences.  Years ago, my band was "famous" for the song "Neutron Bomb."  Part of the lyrics went, "The people die, but the buildings they stay," so I know something about that.  We were not great poets and had to throw in "they" to get the meter right, but it is redundant.  "Neutron bomb, everybody wants one."

I shouldn't kid about it, and of course this is only black humor.  Things seem to get worse every day no matter how many new digital toys we get.  But there is nothing I can say that will dissipate greed.  I can only be a camera.
Posted by cafe selavy at 8:22 AM