The Cameras Are Silent 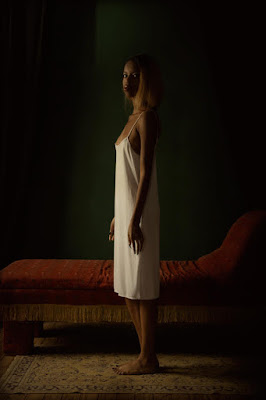 Yesterday's terrible storm did not drop any trees upon my house as I had feared it might while I sat in a stormproof room at the factory.  And so I came home to a three-day weekend that really means a four-day workweek which says something.  It is the shorter workweek and not the longer weekend that is the most thrilling.  Two sides of the same coin, but it is telling.  Two weeks back at the factory and I'm shot.  Ili bought food and brought it home last night saying she wanted to just stay home.  Good.  Cheese and crackers and olives and wine, then some pecan crusted trout and wasabi mashed potatoes with broccoli.  And two movies--"Ex Machina" which iTunes rented for $.99, and then Woody Allen's "Irrational Man" which I would not recommend.

I woke to the long weekend with a cold.  But there is coffee and an apple crumb cake.

If you read this and think, "I don't give a good flying flip about what he ate or what he watched last night," you are not reading carefully.  I may have made some or all of it up.  It is not about that at all.

See, the sunlight falls through the shutters from its rising in the south, the leaves of the trees and bushes brushed yellow on top of the deep green.  The cat complains about the dry food this morning having been spoiled by the canned food she now gets in the evening.

Yesterday, I received an email from a woman I shot with in the studio some time ago.  She writes to say that she is pregnant and would like me to make some pictures of her that way.  I will write to tell her I have no way now, that I have a cold and that the apple crumb cake is waiting.  I'll tell her about the upcoming long walk and the shorter workweek.

The cameras are silent and seem sad.
Posted by cafe selavy at 8:57 AM