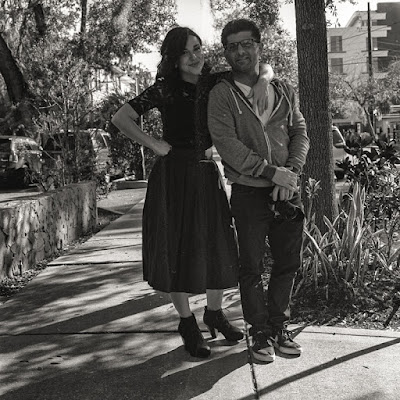 Somehow my birthday celebration continues.  A group of factory workers have birthday celebrations every month, and in February, I am the only one, so we went to a little town not my own to drink at a grungy street beer joint that served lots of little breweries on tap.  As it happened, it was also the monthly street festival for the city.  The main street was closed off and vendors had set up tents.  There was music everywhere.  Our little bar had a shuffleboard table that ran the length of the bar.  I had never seen one before.  The top was dusted with sand that sped the weighted, metal bottomed discs across the polished wooden surface.  You barely had to push them to send them flying.  I played my first game.  Now I am a hipster.  It was fun.

The dark porter was served to me in a smaller glass, so I guess it was a higher alcohol content.  It was good, too.

I got goofy presents and cards.  The people are sweet.  I felt once again that I am a lucky guy.

The days look like diamonds here, the light so bright that a reflection can blind you, the sky so high and far away, the shadows dark and deep.  I've been all over the world and seen magical light.  I've seen it in the Andes and in the Sierras, incredible light that can turn you into a mystic.  This light equals that.  It will last a few months, perhaps, and then it will be gone until next year.  But while it is here, it fills you and sustains you with a longing to be in it again.  It is one of those things that makes life O.K.

From space, astronaut Scott Kelly says the planet's atmosphere looks "very, very fragile" (link).  Parts of the planet are covered in smog.  It must be a terrible sight.  I have been to China and wouldn't want to go back.  You can feel the air there killing you.  It eats away the lining of your nose and lungs.  When you are there, you lose hope about keeping the planet as it has been.  Too many people, too much pollution.  I'd hate to live without those magical skies.

The picture is of the first couple I came across last weekend, the hairdresser who wants to be a YouTuber and her photographer.  There is something appealing about film, I think.  I'll shoot more this weekend.