The Angry Masses and the Organismic Drive 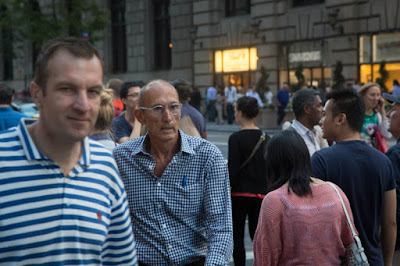 I started to write about my fear of a Rubio presidency. . . but who cares?  As Daniel Tosh has said, "What does it matter who is president?" as he showed another hideous video from the internet.  "Here is the real future of America."

A kid with a can of lighter fluid caught a kid with a skateboard on fire.

"Beavis and Butthead" was prophetic.

I'm trying to discern what does really matter, and it is not easy.  I watched "Lincoln" the other night (I don't know why I avoided the film when it came out), and the opening scene of men fighting in the Civil War reminded me of the opening scene of "The Revenant," where trappers fought hand to hand with natives.

The human will to survive is not human but animal.  It is deeper than that.  Organismal.

I watch footage of war zones in the Middle East, in Africa, and I wonder at living conditions, at the ability to survive atrocities.

There is brunch with friends on the veranda in perfect weather after running the exercise course and the feeling that the first mimosa is deserved, the eggs and pancetta and sliced potatoes fried in olive oil and the big slices of oven toasted bread and then the stroll on the boulevard and the shopping for expensive curtains for the t.v. room, then, later, the marketing for dinner buying fresh organic vegetables and chicken and the makings for the sangria that is consumed before an afternoon nap on the couch, then the delicious meal and more wine and after dinner drinks, a movie, then early bed.

I can't reconcile these things.  I mean, what's the difference between Rubio and Clinton, really?  Those people chanting their names and waving their signs fearing the deep divides with organismic fury in the streets.

I knew a fellow who was one of those marines trained in special ops.  They used to drop him off in the jungle with a couple other guys.  They would go in and blow things up and make their way out just like the movies.  He felt his life was over after he injured himself in a parachuting accident.  He was done in the field.  They put him behind a desk.  He sank into a deep depression.