The Databank of Right and Wrong 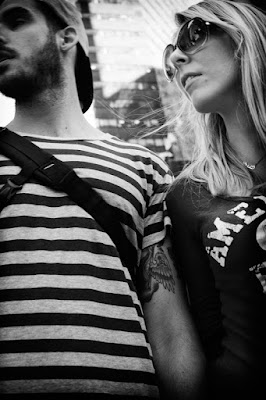 Rather, there are important things.  The N.Y. Times runs sidebar articles that are précis of studies recently completed.  From one:


Our paper helps address an evolutionary mystery: Why would a selfless tendency like moral outrage result from the “selfish” process of evolution? One important piece of the answer is that expressing moral outrage actually does benefit you, in the long run, by improving your reputation.

This is something I've always contended.

One of the workers at the factory this week claimed that everything began going to hell when feminists started complaining.  I'm trying to fit this someway into the statement above.  His comment came after I was criticized as a misogynist when I referred to someone as being another person's "bitch." I said I meant that in the prison sense.  I was informed this was about gender and power.  I countered that the world began to go to hell with our overwhelming reliance on studies and data.  Philosophy is a dying area.  People have weak reasoning skills now, I said.

The study mentioned above relied upon data for its conclusion.

But there is no data for "right" and "wrong."  Those are simply choices.  This is moral and this is not. You can justify your choices using data, of course, but that does not mean that they are more or less moral.  That, my friends, is left to the philosophers to argue.

And besides. . . data belongs to the elite.  People in the street have little access.  They might read results in the paper, but collecting data is expensive and must be funded.  Who decides what to fund? Someone with the power of the purse strings.  Too often, those dirty republicans want to cut funding for data collection when it is not in their best interest.

One of the things I read today was about contagious cancers.  They have found very few.  One lives in dogs and is transferred in the mating process.  Oddly enough, two different contagious cancers have been found in the Tasmanian Devil.  There are a number of cases where researchers and surgeons have accidentally introduced cancer cells into their bodies through the skin.  In those cases, tumors formed but they were not lethal.  The article goes on to suggest that in the future, cancer cells my learn how to become transferable.

This is a thing that matters more to me than Caitlyn Jenner's penis, but it doesn't get nearly as much attention.  I am morally outraged, but I am certain that it will not enhance my reputation.  I am pretty good at not doing that.