"It's the second week of Coachella." 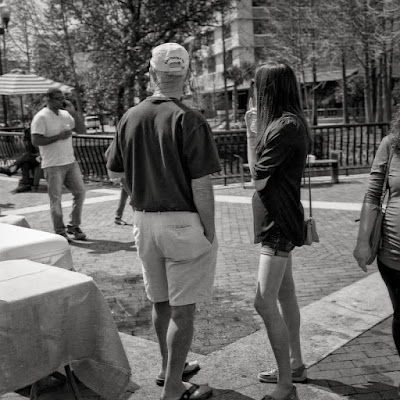 "Coachella is so lame."

O.K.  So I didn't know what Coachella was until this morning.  Now I am very disappointed in Q.  Doesn't he go to these things?  Why isn't he writing about it?  Why isn't he letting me know? 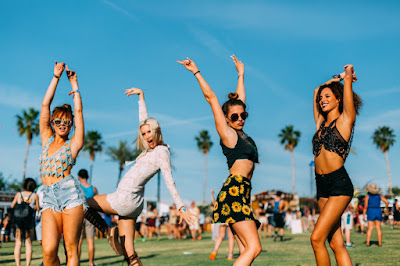 "Want to go to Starbucks?"

"No, I'm getting my coffee at McDonald's this week.  I'm saving my money for all the drugs I'll have to buy for Coachella." 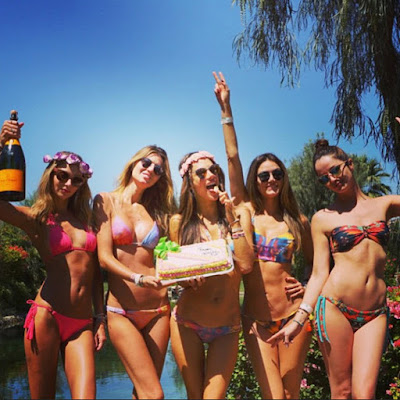 "Where are you staying at Coachella?  Are you camping?"

"Ew, no.  I'm staying at the Marriott but I won't wash my hair so it looks like I'm camping." 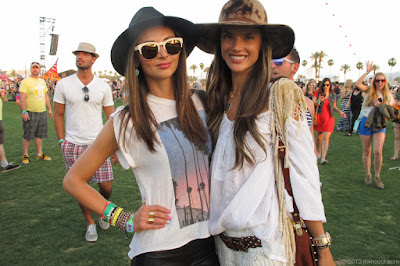 "Coachella is coming up and I need to save money for my outfits.  Do you know how much it cost me  to look that free-spirited last year?"

People are funny in all their variations.  All of us.  Yesterday, I decided that I needed a cheap, greasy breakfast badly, so Ili and I went to the little greasy spoon up the road.  It is in what is now a hipster part of town.  Next door is a record, book, and cd store.  This particular Saturday, they were having some event.  There were tents in the small parking lot, food trucks, and a line of people that went around the block for about a quarter mile.  I was incredibly lucky and found a parking spot on the street.  We sat at a window overlooking the sidewalk so that we could watch the show.  I asked the waitress what was going on, but she didn't know.  She looked out at the crowd of dirty hipsters with a sneer.  She was just glad they weren't crowding her restaurant, I guess.

They did look like an army of sorts.  There is something standard in the look, fellows all wearing shorts and old t-shirts, many with concert information printed on them.  The gals (what is the gender opposite term for "fellows"?) were a bit more creative, but the fashion was quite odd.

"They have Forever 21 outlets?  How much cheaper can that clothing get?"

It inspired me.  But we'll get to that.

After breakfast, we went home to do some work.  There is lots of work to do, but things didn't go as planned.  I was going to rent a truck and move all the boards from the torn up deck to the landfill.  But I didn't.  I had a better idea.  There is a new house being built down the street and there are two big haul away dumpsters there.  I thought to pay one of the workers to bring a pickup truck and dump my stuff down there.  Well, I went twice and nobody was there.  So I decided to go pick out the lumber for the new deck at the lumberyard my repairman uses because he gets a big discount over what I would pay somewhere else.  They weren't open on Saturdays, though.  So we decided to go to a nursery and get some jasmine to plant.  Finally something worked out.  Oh what a nursery it was.  I've driven past it for years and years and years and never stopped.  It looks like a wreck.  But inside. . . it is the best nursery I've ever seen.  And so as I picked out the yard stuff, Ili got things for her potted garden--herbs and annuals and perennials and little bits of gardening stuff. 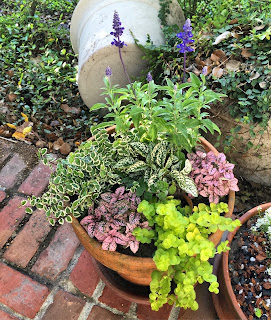 Thrill, fill, and spill.  That is what we had learned.  It sounds so very sexual, but it is the way you plant a pot.  "Thrill" are the tall plants.  "Fill" are plants that do just that, fill the pot.  "Spill" are the ones that fall over the sides of the pot.  You already knew that, I'm sure, but it is the new rule for me in all things.

As we gardened, people would stop and chat.  Oh, there is nothing like seeing a neighbor improve the look of the land.  Everyone is friendly when you are elbow deep in Milorganite, probably because they don't know what its made from.

But here is the thing.  As I said earlier, I had been inspired by the hipsters standing in line for so very long to get. . . oh, here is the kicker.  They were in line for Record Day!  They stood in line for an hour to buy vinyl.  Some of the albums, I hear, were special editions.  I don't get it, really, but they seemed to be happy to be all together.  And I was thrilled to see them.  I just don't want to look like them.  I have my whole life, but now, it seems, everyone looks that way.  And so. . . .

"I want to look like I'm one of the guys in "Darjeeling Express," I said.

Of course.  I have new dimensions, it seems, in my clothing.  They are not going in the right direction, but what can I do?  I eat pretty well.  I don't snack.

What I have decided, however, is to be happy.  I'm not going to beat myself up over it.  I have done that my entire life.  Now. . . I'm just doing the Marlon Brando.  My belly is too big, but I'm going to feel good about myself anyway.  And now, I have expensive new pants to make it even better.  Oh, I will mix them with clothing items that will keep me looking like a Brooks Brothers clone.  I will do something.  It was just that crowd.  You know what I mean?

Next year, I'm heading for Coachella.
Posted by cafe selavy at 9:51 AM