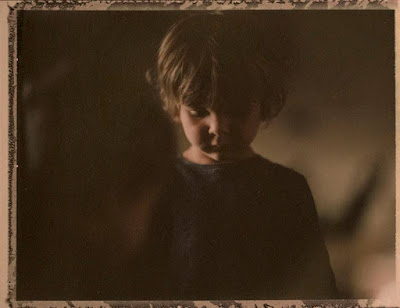 There seemed a gentle break late yesterday.  The temperature dropped with a gusty breeze.  With help, I moved my big Epson printer into my garage.  I had cut the final ties with the studio and the True Artist, it seemed.  But as I looked around the garage, a large, handsome thing crammed with the tenants flotsam and jetsam, I decided that I was going to clean it up more.  It can serve as an artist's studio.  After that, I went to look at a house with the buddy who had helped me move the printer, a big place on a lake that is open and spacious.  He has money and is thinking of buying it.  Beautiful as it was, it made me feel small for I know great wealth in other people but have lived in small but "charming" houses all my adult life.  Before that, they were just small.  And great as my experiences have been, my income is small and my house is small and my place in the cosmos is small.

After the house, it was time to shop for dinner, and the light was like diamonds and the air drier and gentler, and so we made Campari drinks for the road and set out, coming home loaded with chickens and wines and mangos and greens and things.  It was still a bit early, though, so we poured a chilled wine and explored the small grounds for sprouts and weeds and to see how the greenery was coming.  I spied the black snake that has been living in the yard, but he had spied me first, sitting up with its head like a cobra.

"Hey fella, don't worry," I said, and he turned and slithered through the fence.  That is when I saw the second black snake of about the same length.  "Two," I shouted, "there are two!" to Ili who came in time to see there shiny blackness slithering through the jasmine-covered wood.

Then we sat out on the deck in the shaded part and talked about the improvements yet to come, the birds going wild with song as gusts of wind shook the tree tops and made gentle breeze for us under the Camphor canopy.  Mother showed up earlier than I expected, so I poured her a glass of wine and she and Ili sat while I began to prepare the grill for the chicken.  I cooked and then we ate out al fresca without mosquitos nor bugs of any type as people walked by in the roadway and waved and said good evening.

I think it was the end of retrograde Mercury.  There was something, some break, and I was filled with more peace and hope than I have had for awhile.

This morning I am suspicious of the respite, so I will stay on my guard. . . but I will hope, too.

I saw the picture above today on a website.  It was done by Jason Bognacki with an old Cooke lens and a camera like the one I had made by John Minnicks with the old Fuji film.  I used to do a similar thing, but this is marvelous and I couldn't let it go.  I want to do it again.
Posted by cafe selavy at 8:08 AM