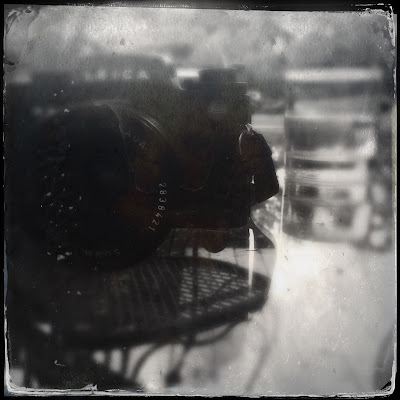 I woke this morning with the sound of water in my ears.  When I bump my teeth together, there is that sound like getting out of the pool, but I haven't been in a pool nor the ocean nor anything else.  I got up and shook my head.  That didn't help.  A slow trickle of drainage in the back of my throat, a refusal by my body to come to life, the inability to get rid of the feeling I had a grain of sand in my left eye.  Uh-oh.  I have it, whatever it is.  I have things to do and must prepare the house for the wrecking crew.  I will need to be gone while they break things.  The only cure I can think of is a glass of wine with lunch and a long, peaceful nap, an evening curled up on the couch watching "Deadpool," and a light, soupy dinner.

You know what I mean.  It is part of the horrible commons we all share.  There is always enough of it to go around.

A buddy of mine is in Italy.  He keeps texting pictures to me.  How do people afford such things?  I am living incorrectly, I am certain.  Q takes long vacations twice a month or so.  I can't even manage a trip out of town.  The house repairman comes today to provide insight into round 2.  The a.c. on my car went out for a bit yesterday.  There is an expensive sounding "clunk" somewhere on the car, too.

Ili says she finds it sexy that I do laundry.  I wonder about that.  Are there people who don't do laundry?  I guess there was a time when I took everything to the wash and fold place.  But I have a washer and dryer and it is easy enough to wash and dry and let sit until I am forced to pull things from the dryer.

I don't know how people manage, but they do.  It is a mystery to me, really, how "the human race" goes on.  It feels like every particle of what we have made is ready at any moment to fall apart.  Too many of us are cheaters and liars and profiteers.  I don't know.  I feel like that sometimes.


There I am far again, there I am absentee again: it's his turn now, he who neither speaks nor listens, who has neither body nor soul. It's something else he has: he must have something, he must be somewhere. He is made of silence (there's a pretty analysis), he's in the silence. He's the one to be sought, the one to be, the one to be spoken of, the one to speak. But he can't speak: then I could stop, I'd be he, I'd be the silence, I'd be back in the silence, we'd be reunited, his story the story to be told.

But he has no story, he hasn't been in story? It's not certain: he's in his own story, unimaginable, unspeakable. That doesn't matter: the attempt must be made, in the old stories incomprehensibly mine, to find his. It must be there somewhere. It must have been mine, before being his. I'll recognize it, in the end I'll recognize it: the story of the silence that he never left, that I should never have left, that I may never find again, that I may find again. Then it will be he, it will be I, it will be the place: the silence, the end, the beginning, the beginning again - how can I say it? That's all words, they're all I have - and not many of them: the words fail, the voice fails. So be it. I know that well. It will be the silence, full of murmurs, distant cries. The usual silence, spent listening, spent waiting, waiting for the voice.

The cries abate, like all cries. (That is to say they stop.) The murmurs cease, they give up. The voice begins again (it begins trying again). Quick now before there is none left, no voice left, nothing left but the core of murmurs, distant cries: quick now and try again, with the words that remain. Try what? (I don't know, I've forgotten, it doesn't matter, I never knew.) To have them carry me into my story, the words that remain? (My old story, which I've forgotten, far from here.) Through the noise, through the door. Perhaps I'm at the door! (That would surprise me.) Perhaps it's I! Perhaps somewhere or other it was I! I can depart! All this time I've journeyed without knowing it: it's I now at the door. (What door? What's a door doing here?)

It's the last words, the true last. Or it's the murmurs: the murmurs are coming, I know that well. No, not even that. You talk of murmurs, distant cries, as long as you can talk. You talk of them before and you talk of them after. More lies: it will be the silence (the one that doesn't last) spent listening, spent waiting (for it to be broken, for the voice to break it). Perhaps there's no other, I don't know. It's not worth having, that's all I know. (It's not I, that's all I know.) It's not mine. It's the only one I ever had? That's a lie: I must have had the other, the one that lasts - but it didn't last. (I don't understand.) That is to say it did: it still lasts. I'm still in it. I left myself behind in it. I'm waiting for me there. (No, there you don't wait, you don't listen.)

I don't know: perhaps it's a dream, all a dream. (That would surprise me.) I'll wake, in the silence, and never sleep again. (It will be I?) Or dream (dream again), dream of a silence, a dream silence, full of murmurs (I don't know, that's all words), never wake (all words, there's nothing else).

You must go on, that's all I know.