By Way of Explanation 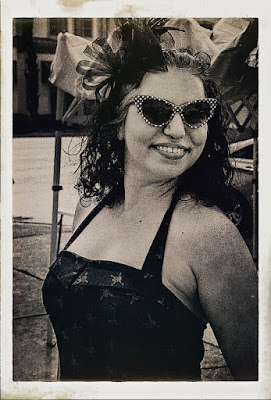 Now the a.c. is pooping out.  It is not keeping the house cool in the afternoon as temperatures reach the mid-90s.  It runs and runs and never turns off, but the temperature inside goes up steadily.  Yesterday, it reached 77.  It didn't turn off until sometime after midnight.  I am looking at buying another a.c. unit.  That is multiple thousands.

Yesterday, though, I saved $75 by fixing a broken irrigation pipe myself.  I have another to fix today.  Ili and I weeded for a couple hours in the morning.  Not just weeding, but planting and fertilizing, etc.  For all the money I am spending, I am still a busy, busy boy.

This is all by way of explaining to you who wonder, "Where are the new photographs?  Why no new stories?"

I am cancelling all vacation plans again this summer.  I have spent enough on the house this year to have gone around the globe several times.  I could have bought such lovely camera.

I guess I am lucky that I closed up the studio.  That is a hell of a kind of luck.

You might think I'm done, but I am not.  I still need a roof, and it will be very expensive as I have a tall, A-frame roof on which you cannot stand.  Cha-Ching!  And I had planned on trading in my 2005 Xterra for a newer one.  I will have to limp along with this one for a couple more years, but that won't be free.  It is making some expensive noises now.

So I am psychologically frazzled.  My nerve ends are frayed and raw.  The heat here is ruthless now and there is no escape.  I am sitting on gunpowder and lighting matches.  It is hard to relax.

Of course, that is just the tip of the volcano, so to speak.  I still face all the traumas that each of you faces on a daily basis as well.

Anyway. . . have I explained?  Today's picture is one I took when I first gave up the studio when I was running the streets with film cameras.