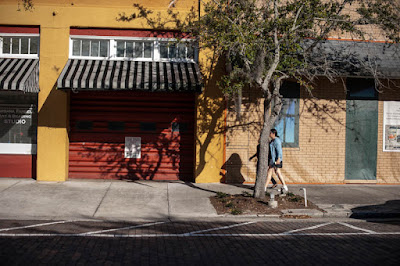 My first day back at the factory was fairly eventful. There was a report of a flasher in the parking lot in the morning.  In the afternoon, my bosses secretary got a call telling her that she needed to pay money to get her son back from the people who were holding him.  Turns out that this is a popular scam going on right now.  She was frightened, then mad.  After that, the flasher tried his luck again and got caught.

After work, I came home to a house without a cat.  She stayed out all day, but she is usually on the deck when I pull up, especially at dinner time.  I called for her, but no cat.  I poured a drink and sat out on the deck waiting for her.  After an hour, I was certain she was gone.  She's old, but she was not ready to die in the morning, so I could only imagine that something had gotten her--a dog, a coyote.  Maybe she got into a fight with another cat and was too hurt to crawl home.  I was sad thinking about it, and I felt guilty that I thought about how much freer my life would be without her.  I decided to walk around the property looking for her one more time.

I loved her up real good and told her what a little shit she was.  She ate well.

The house repairman called with an estimate.  He wants too much money to put a railing on the deck.  I will have to do without or do it myself.  I can do it, right?  Surely.  The question is--will I try?  It is daunting.  I should simply look forward to the challenge, I guess.

There are plenty of challenges.  I don't need to look for more.

Even as I write, Ili is texting me deck building videos.  I guess I know what I have to do.

It is back to the factory now.  I wonder if it will be as exciting?  Ah, well.  I still have the fucking cat.
Posted by cafe selavy at 7:53 AM