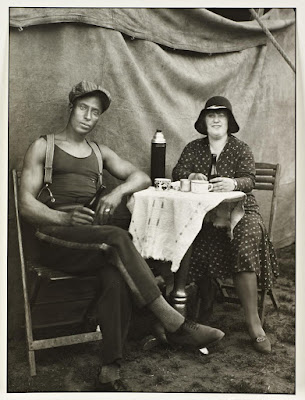 It had to happen.  Now it has.  First, there was postmodernism with its basic challenge of assumptions with which every theory and argument begins.  Ultimately it came down to the assumption of the "self."  There was no solid, steady ego, just the temporal manifestation of ideas and voices that we assumed as our own.  We were merely constructs.  Nothing more.

Motivated people began to use deconstruction as a tool for being right.  They would deconstruct the arguments of others and then stop in the place where they stood atop the hierarchy.  That was early on when not many people understood it.

But the misunderstanding proliferated.  Smart conservatives learned to use the tools.  They made their arguments.  They looked like intellectuals.

You couldn't tell who was who any more.  Universities became timid.  The left became the right.  The conversation turned to identity politics.  It seemed to apply to minorities.  They were the majority.

And the worm turns again.  White people are using the term.  We've traveled a full loop, it seems.  Once constructs, we all have identities once again.

Me. . . I don't think people have an f'ing clue who they are.  They might--MIGHT--know who they want to be, but usually, I think, only in the most shallow of ways.  We act as stereotypes.  In that sense, I think, we are all fictitious.  We are fictions.  That is why everyone wants to control the narrative, why they want to control the stories that can be told.  You are not allowed to say. . . .

It is easier today for people to relate to Pokemon, I guess.  The world is in flames.  Let's play a game.
Posted by cafe selavy at 9:03 AM