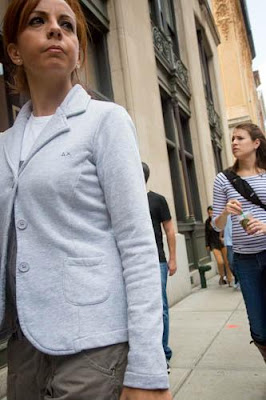 Well, I didn't watch "The Wolf at the Door" last night.  I came home feeling punky, so I made a simple dinner and plopped my ass down on the couch and watched a little of the RNC convention.  Not really the convention, but some of the news shows that were broadcasting from there.  I thought that might be fun.

Before I give my impressions, though, I must say that I am afraid I have the Zika virus.  I have been tired and achy.  What else could it be?  My immune system is attacking my nervous system.  It is rare, but so am I.  I am just giving everyone fair warning--let's not have  babies together right now.  We don't want to take chances.

O.K.  First I watched the PBS News Hour.  That was painful.  I had forgotten.  Then I put on MSNBC.  There was Rachel Maddow.  Ouch!  I had forgotten that, too.  Then I went to CNN.  I don't watch the news any more, and I was remembering that only FOX sucked.  Q got it right.  Trump will win.  Stupid got Bush elected (well--he never actually won either election as there were rigged and crooked counts in Florida and Ohio that were never challenged) and Stupid will elect Trump.  Stupid hates the pointy headed intelligentsia as perhaps they should.  Melania's speech was plagiarized.  Stupid doesn't care. It just words.  Anybody can use them.  Stupid didn't like writing papers in school because. . . it was stupid.  When do you write papers in life?  And so if Melania needed to crib a few words. . . .

“In a series of evolving explanations , Trump aides and allies dismissed the episode as a trivial distraction, alternating between outright denial that Ms. Trump’s speech had used word-for-word phrases from Mrs. Obama and blaming the news media.

It isn't going to make any difference to the people who will vote for Trump.  Nothing will because the other candidate is Hillary.  I feel badly that minorities, women, and LGBTs are stuck with her.  But you go to war with the army you've got.

The one thing that would absolutely put the election out of reach would be some sex tapes.  Surely they are out there somewhere.  This could be the randiest election year ever.