A Private Club for One 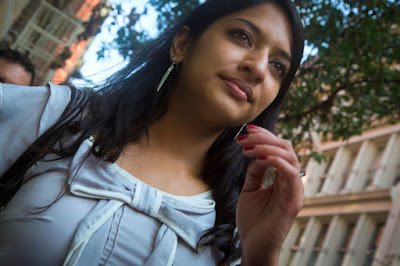 Rather than vacationing, I have stayed at home, mostly in the house except for going to the gym and lying by the pool.  I've been blue and haven't talked to anyone which is a good way to begin to work through the things in your head.  A long time ago, I had all this shit figured out, but just like house maintenance, if you don't stay with it, things fall into disrepair.  My house has taken a lot of work.  I am ashamed of how badly I had let it deteriorate.  I feel the same about me.

And so the slow mornings, exercise, small, healthy meals, wine instead of spirits, books instead of television, and then. . . this (link)!  I started with Day One yesterday.  It is EXACTLY as much yoga as I can stand right now.  Adriene is my new best girlfriend.  She is going to guide me back to flexibility and centeredness.  I went to the gym in the morning then, just before it was time to cook supper, set up my computer on a stool in the darkened bedroom and laid out my yoga mat.  A little over twenty minutes later. . . . A glass of water, a glass of wine, and cooking a good and healthy meal.  Adriene tells me to try, not to try too hard.  Even this beginners workout caused me a lot of pain, but I modify what I am doing and nobody sees.  And Adriene tells me that it is just fine.

I won't kid you, though.  The nights are hardest.  I have been having clear and vivid dreams, and I am aware that I am having them.  They are strange, of course, and bothersome, and when I wake, it is dark and silent.  Last night I resorted to one of the old tricks from other days.  I plugged in a string of small LED lights in the bathroom that took away the complete darkness and put on some Coleman Hawkins at a barely audible volume.

Being alone in the house, I began mucking around with photographs again.  I have used Lightroom minimally in the past few months after having done all my post-processing in Photoshop for years.  Being alone with time on my hands, I began to tinker around and experiment with things, and--Oh My!--I discovered some powerful ways to use the program.  Suddenly, the pictures began to pop.  I haven't perfected what I was doing yet, but I have a general direction now.  I feel the need to go back and rework everything I've ever done.  Instead, however, I will just move forward.  All it will take is lots and lots of time.

The house repairman returns today to work on the interior of the apartment.  Another grand.  He will have been here just shy of two months when he is finished.  As soon as I am able to gather more money, he will be back for more renovations.  Old houses are money pits, but mine is getting pretty again, an enviable and comfortable environment.

Speaking of which--this (link).  I don't know much about private clubs, of course, being a hillbilly and all, but I have been invited into a few over the years and every time I went, I was envious.  I sent the article to my friend who wrote back immediately to tell me what shits those people are, and I know that, but most groups of people are shits. I grew up a radical hippy, and boy, there were lots and lots of creeps and cretins in that lot, too.  What attracts me, though, are the interiors, at least of the ones I have been in.  I was in some of the Eating Clubs at Princeton and those places knocked me out.  I've been to a few others as well, all of them essentially British or Italian or some amalgam of the two.  Dark woods, dark leather sofas and chairs, beautiful rugs, and plenty of space.  It is what the Brits took with them around the world.  The first thing they did in a foreign land was establish a club.  Elitist sanctuaries.  They were shits, but everyone likes a quiet drink.

Now that I have written it, there is no way to defend it.  Not in the era of Trump.  Imagine the interiors of FDR and Churchill, though.  Well, I guess Ghandi did.  No, there is no winning this argument, especially if you are a hillbilly hippie with proletarian manners.

I am a bad dichotomy, and perhaps that is why I am so difficult for others.  It's o.k.  I am making a private club for one.