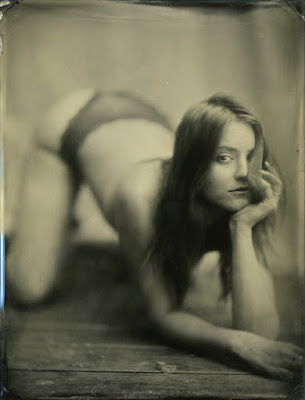 I found out today that one of my buddies, the photographer Ed Ross, was killed in a motorcycle accident on Saturday.  I first "met" Ed in 2009 when we began emailing and sharing images with one another.  A few years later on a trip to San Francisco, we met up at a coffee shop in the Mission district.  He showed up with a beautiful French woman who he had dated some ten years or so before.  He had recently gotten divorced and was trying to get back on his feet.  He wrote me that his ex was already living with one of his friends.  Hard to take, he said.

We drank coffee and talked for awhile.  At that time, he was a corporate lawyer and had flexible hours, so after a bit, Ed suggested we take a ride up to North Beach and get some beers.  I got into the back seat of his car with his giant dog and we were off.

For the rest of the day, we sat at a sidewalk table and drank and ate and talked.  His girlfriend said little, her English a bit rusty, but she made me envious of Ed, as did his tales.  His life was his own, it seemed, and he embraced it with wide open arms.

At sunset, Ed packed up the dog and the beautiful woman and was gone.

We stayed in touch, but I never saw him again.  I had plans to on my next trip to S.F.

The day we spent together stayed with me.  Ed was a throwback in many ways.  There aren't many men of that ilk left.  He knew what he liked, what he wanted to do, how he wanted to live.  I've been lucky to know a few like him.  There is now one fewer and the world feels poorer for it.

Here is one of his wet plate images of a woman we both knew and photographed, Meagn Sample.  I haven't done wet plate photography except in workshops, but today I've decided to take it up.  I've been thinking to for awhile, but with Ed gone, I won't feel like I am intruding on his style and space.  I'll order some things online today.