How To Be Broken 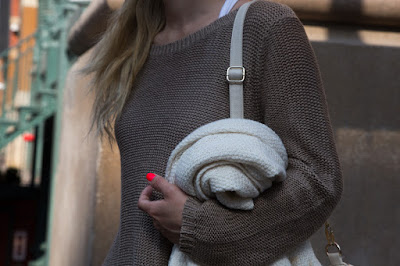 I picked up my Xterra yesterday.  It was ready when I got there, but the paperwork wasn't, it seems.  I sat in a lobby full of angry people complaining about how the dealership had changed, how they had never had such bad service in all the years they'd been coming there.  So, it wasn't just me.  I don't know how long I sat there watching the silent Olympics on the ubiquitous t.v.  The service manager came back into the room and asked what I was doing, why I was still sitting there.  He seemed exasperated.

In a little bit, I paid a lot of money and they brought my car around.  I looked at it like it was something foreign.  I got in.  It started up.  No "check engine" lights came on.  I put it into gear and pulled away.  Somehow, it didn't seem like my car now.  I listened to the gears shift, hyperaware of all sounds and shudders.  I waited for it to fall apart.  I am anxious over my decision.

After about fifteen minutes of driving, I decided to relax and turn on the radio.  All the stations went to Latin music.  I called my mother to tell her I had the car.  We chatted.  I told her I was on my way to the gym, but just then I looked at the clock.  It was 6:15.  It had taken longer at the dealership than I had thought.  I told my mother I was uncertain about the gym now.  I wouldn't be out until way after seven.  It didn't seem like something I wanted to do.  I decided to pick up some Thai food and just go home.

It was six-thirty when I pulled into my driveway.  In the house, I poured a drink and fed the cat.  I put away my things and changed clothes.  I cleaned the litter box.  I sat down at the computer to check my email.  I wrote a few messages.  My drink was almost gone.  I didn't want to drink too much too fast, so I checked the time.  It was almost six.  WTF?  I wondered if my computer was fucked.  I got up and checked the clock in the kitchen.  Yup.  Oh.  They must have disconnected the battery or something so that the clock in the car was off.  I was pissed.  I should have gone to the gym.  Instead, I had started early a night of drinking.

And that is it.  Suddenly, there are no good choices, just decisions.  Do this or do that, one thing being bad, perhaps, the other being worse.  Maybe.  You can't tell, really.  You just have to choose.  That is the human condition.  So I have always said.

I never really knew what I was talking about, I guess.  The Achilles and the knee are still bad.  I have pains I can't explain.  There are not unlimited choices.  I can't choose how to be whole.  I can only choose how to be broken.  That is what I will decide.
Posted by cafe selavy at 9:08 AM