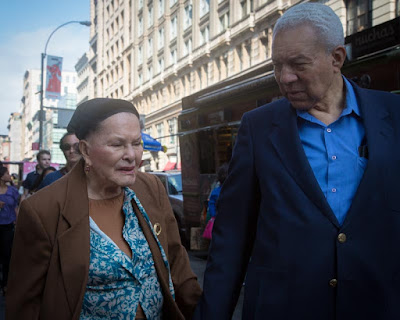 "Why do you always talk about yourself?"

Eight days now of being alone on "vacation."  I thought I was getting zen.  I truly did.  Then something just broke inside, went all to pieces. . . crumbled.  It happened suddenly, or at least the realization of it.

When I woke this morning, it was still dark.  I waited until five o'clock to get out of bed.  I went to the bathroom and pulled up the toilet lid.  It came off in my hand.  The maids were here the day before and had broken another fucking thing.  On my way to the kitchen to make coffee, I smelled something and went into the other bathroom.  There sat the litter box, freshly changed and clean.  For some reason, though, the cat had pissed all over the floor.  Then I did something bad.  The cat and I aren't friends any more.  She lives outside.

I've been doing the yoga with Adriene every day, but my back hurts very badly--very badly--this morning.  And I haven't lost any weight.

I spent yesterday afternoon working with my Black Cat Liberator camera, 4x5 black and white film, and the New 55 formula for R3 monobath developer.  I spent hours shooting then developing.  Nothing worked.  I am poorer in time and money now.  I must start over again today.  Maybe.  Or I can just sell all my film gear.  I'm not sure it is worthwhile now.

I was beginning to believe that my car had healed itself.  I was almost ready to chance driving out of town.  But yesterday just before dark, driving back from the grocer's, the transmission stuck in gear.  Cars don't heal themselves.  That is what my mother said.

So I am going stir crazy.  I need to get another car or fix the one I have.  I don't want to do either.

"Really?  You are a narcissist."

Maybe it is simply that it is summer.  Everyone I know is on some sort of vacation right now, not at home, but traveling.  I messed this summer up badly.  Not me so much, though.  Did I tell you about the house repairs, the tree trimming, the lost cameras--all the money?  And now a car?