They Don't Want You To Be So Free 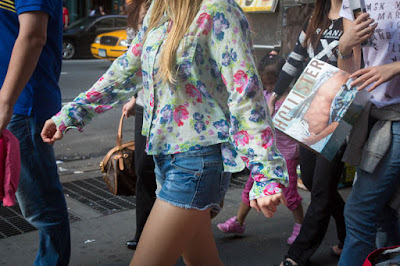 Freedom is terrifying. . . for most people. . . I think.  It is especially terrifying in others.  How much can you trust other people?  Especially to make a moral choice.  Most of us don't even trust ourselves.  That's why we have shamans and guides and good books.

And that is why it is so hard for people to be alone, I think.  They become unhinged.  Their moral compasses go spinning wildly.  As much as they say they don't want it, they need somebody to tell them what to do.  They need it and they despise it.  And then. . . after awhile. . . they begin to resent it.  And then things begin to fall apart.

What they resent, though, is their own lack of moral courage.

Out of one thing, they want to put themselves into another.  Wash, rinse, spin, repeat.

I like being alone more than most.  I don't fight with myself much.  My moral compass is pretty steady.  Not saying that is good or bad.  Just saying.

A part of being unhappy, I am beginning to think, is not being allowed to be your own hero.  We all have this hero in our head who we think we are, but too often, we are not allowed to act it out.  In love wars, it is usually one of the things that gets attacked.

And so you bury it, covering it with more soil, ashamed that you ever thought you were a hero at all.  But one day, you slip into the car and the James Bond theme comes on. . . or whatever. . . and you feel that little surge in your plasma.

For me, yesterday, it was Bob Dylan's "Billy 1" from the "Pat Garrett and Billy the Kid" soundtrack.  Well, it was the whole soundtrack, but "Billy 1" really.  I've been trying to find an online copy all morning to post here, but there isn't one.  Not that version.  So I uploaded my copy to YouTube and they took it down right away.  WTF?  I just wanted you to hear it.

It's probably better, though.  Here's what happened.

It was nearing sundown, and I was driving home from picking up some dinner at the Greek place and some whisky for the liquor store.  Traffic was bad, but it wasn't heavy.  There were just so many driving impaired on the road that. . . well, I may have made some nervy moves.  Yea, I might have thrown the middle finger, too.

Off the main road, I looked into the rearview mirror and saw a cop car two cars behind.  Oh, shit, I thought.  But the car between us was driven by a white-haired lady, and she didn't look like she was going to get a ticket.  As we approached a stop light, I saw the cop swerve a bit to get a look at my car, but he had to pull back into the lane before we stopped.  Now, I thought, if that lady will just be real careful, I can put some distance between us.  And sure enough, she was.  I was making some distance toward the next light.  If I could catch it green. . . but shit no.  And so we were stopped again.  I could make a right on red, though, and if the lady was going left. . . . I made the turn and punched it.  I had to go two blocks before I could make another left and get lost in the curvy morass of streets in my neighborhood.  Just as I made the left turn to get away, I saw her car turn after me.  More speed, a right, and then a left.  The cop would have no idea where I had gone.  Screeching into my driveway. . . .


There’s guns across the river aimin’ at ya
Lawman on your trail, he’d like to catch ya
Bounty hunters, too, they’d like to get ya
Billy, they don’t like you to be so free

Campin’ out all night on the berenda
Dealin’ cards ’til dawn in the hacienda
Up to Boot Hill they’d like to send ya
Billy, don’t you turn your back on me

Playin’ around with some sweet señorita
Into her dark hallway she will lead ya
In some lonesome shadows she will greet ya
Billy, you’re so far away from home

There’s eyes behind the mirrors in empty places
Bullet holes and scars between the spaces
There’s always one more notch and ten more paces
Billy, and you’re walkin’ all alone

Guitars will play your grand finale
Down in some Tularosa alley
Maybe in the Rio Pecos valley
Billy, you’re so far away from home

The businessmen from Taos want you to go down
They’ve hired Pat Garrett to force a showdown
Billy, don’t it make ya feel so low-down
To be shot down by the man who was your friend?

Hang on to your woman if you got one
Remember in El Paso, once, you shot one
She may have been a whore, but she was a hot one
Billy, you been runnin’ for so long

Guitars will play your grand finale
Down in some Tularosa alley
Maybe in the Rio Pecos valley
Billy, you’re so far away from home