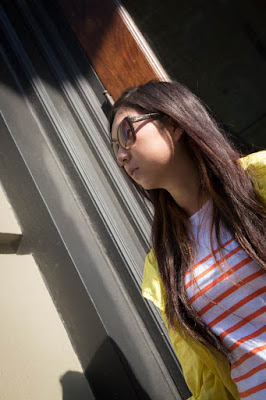 Head over heart over hips.  I can't sit like that any more.  Not for long, anyway.  I am a mess.  It comes from trying to be somebody that God didn't intend for me to be--the Hero.  Or something.  It is my father's fault, of course, him and his entire generation.  They inculcated me with ideas of masculinity that won't, no matter how I try, be banished.

Maybe it is genetic.  What do I know.

Don't get me wrong.  Real men are allowed to lose.  They just have to take a really good beating in doing so.  There will always be stronger, faster men, but you have to try your best.

Playing with pain.  That was one of the mottos.

"Incredibly, with only one functional leg, Bronco broke free at the line and limped his way into the end zone for the game winning touchdown!"

What a man.  Someone to look up to.

It hurts to touch my toes.  I have to work up to a twist.

I should have been a dancer.

One, two! One, two! And through and through
The vorpal blade went snicker-snack!

I have been heroic and called a roofer.  He came and measured things while I was gone.  On Monday morning, I will sit down heroically with him and figure out the price.  I will be brave and eschew cowardice in our negotiations, and I will not cowtow to an unreasonable price.

I will take a long, heroic walk this morning, and later today I will go with my friend to an Alehouse to watch a football game.  I do not watch football games and will not make it through this one in all likelihood, but my friend's nephew is starting his first game at fullback for a top five ranked NCAA football team.  He is a big, strong, fast kid who will block heroically and run the ball into huge linemen with all the manhood he has.

To run forever and never grow old.
Posted by cafe selavy at 9:25 AM