Getting Even When You're Dead 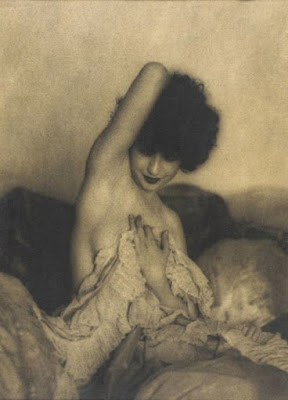 Ansel Adams called William Mortensen the "anti-Christ" of photography.  You all know Ansel Adams and his photographs of Yosemite and the Great West.  His photography is everywhere.  It is the "most understood" photography in the world.  I've never been a fan, but I didn't mind his photography.  He taught photographers much.  But recently (yesterday) I discovered that he was quite a bit more Puritan than I had known.  William Mortensen's pictures are getting an audience again after Adams had him written out of art history now that photo sites are talking about lens bokeh.  Photographers are willing to pay a lot for a soft lens.

I much prefer Mortensen's images and the soft Pictorialism he perfected.  But you know that. 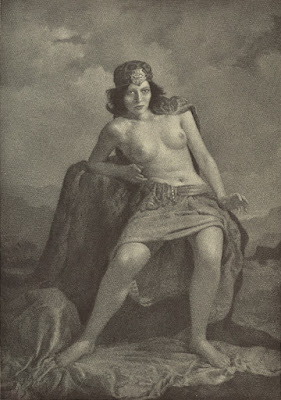 I didn't get a chance to write yesterday.  I met with the roofing contractor early in the morning, then went straight to my tax accountant before heading to the factory.  It was a practical day, the very sort I despise.  But Friday evening was nice with a beer and a meal at the bar of a restaurant I rarely go to, and then a chance to lie about and read until sleep.

I'm a mess, people, and I don't see any relief for quite awhile.  I'm going to take a long walk now and then get something to eat.  I don't want to do anything if I can't be a flaneur.  It is all I was ever meant to be.